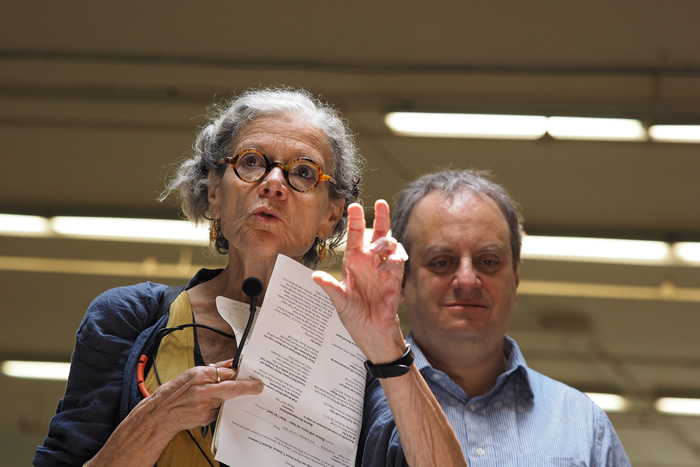 On Christmas Eve (2016), the world lost one of its most profound thinkers when learning theorist, Dr. Edith Ackermann, left us at age 70. Anyone blessed with even the most casual encounter with Edith embraced her as a mentor, collaborator, and friend. She bestowed boundless respect upon anyone trying to make the world more beautiful, just, or creative. Edith’s grace danced into a room like a cool breeze awakening its occupants and setting their sights towards what truly matters.

Edith was a giant among learning theorists, even if under-appreciated and a best kept secret. Her work focused on the intersection of play, design, childhood, and technology. She worked closely with Jean Piaget, Seymour Papert, and Ernst von Glasersfeld – three of the most important experts on learning ever. Her insights were invaluable to the LEGO Company, MIT students, architects, and educators around the world. 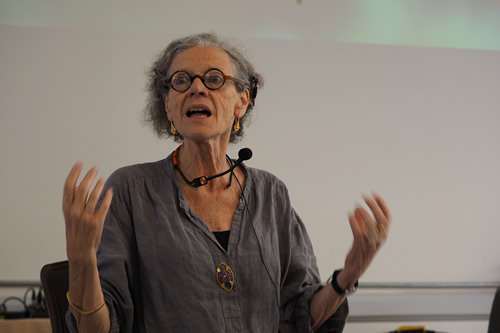 Edith was always there to help me clarify my thinking and to take an idea one stop past my anticipated exit. She was a pal with whom you could walk arm in arm discussing almost anything, laugh boisterously, and gossip quietly. We disliked many of the same ideas and people, but Edith was just much better at hiding her disdain.

Perhaps, Edith’s remarkable perspective came from being an outsider. Despite the profound impact she had on innumerable students and colleagues, I never got the sense that the testosterone-oozing world of MIT afforded her the respect or security she so richly deserved.

Shamefully, I do not know much about Edith’s history or personal life; yet another painful reminder that we should do everything possible to know our friends better. Therefore, I will share some thoughts about her work and what she meant to me.

I don’t remember when I first met Edith. I think it was in 2000 when Seymour Papert sent me to sub for him as the keynote speaker at a conference held at the Piaget Archives in Geneva. Papert failed to tell the organizers that 1) he wasn’t coming or 2) that I was his replacement. The entire story is a hilarious comedy of errors that I’ll share another day.

Edith and I attended many EuroLogo (now Constructionism) Conferences and worked together 15+ years ago in Mexico City leading a workshop as members of the MIT Media Lab’s Future of Learning Group. Several years ago, I invited Edith to be a guest speaker at my 2014 Constructing Modern Knowledge institute. I set aside concerns that her Swiss accent, quiet demeanor, and brilliant intellect would not work in a room full of predominantly American educators. Her unrivaled genius made the risk worthwhile.

Edith’s wisdom, passion, humanity, and generosity of spirit made her an immediate favorite of the very educators who others treat as low-skill labor in need of a 7-step plan for raising achievement. The next year, Edith spent most of the institute with us interacting informally with participants and appearing on a panel discussion with two of my other heroes, David Loader and Deborah Meier. Last summer, despite her ongoing battle with Cancer, Edith Ackermann spent all four days of CMK helping each of us make meaning out of our individual and collective experiences.

Edith taught us so much.

One powerful idea she shared was that “Making is a way of seeing.” Edith had a gift for bringing into focus what others miss. She invited us to “lean in,” not in the vulgar career climbing form advocated by Sheryl Sandberg, but as a way of becoming one with nature, the community, ideas, beauty, and one’s soul. 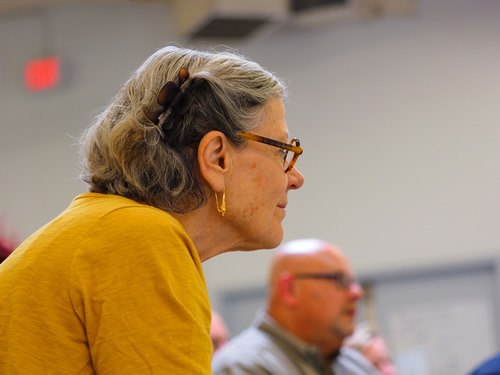 2016
After nine years of effort, I managed to convince Reggio Children President Carla Rinaldi to participate in Constructing Modern Knowledge. Edith and Carla were old friends who greeted each other with great love and respect. Their mutual affection was truly touching. During the institute, I stole a little time to show Carla and Edith how Tickle (an iOS dialect of Scratch) could be used to bring drones and a variety of robots to life. They appreciated the technological wizardry for a split second and then became preschoolers imagining how the different toys could play, communicate and love one another. Both experts were so in tune with the inner lives of children that they were able to wear the spirit of childhood play with great ease and abundant joy.

2015
A tacit theme of Constructing Modern Knowledge involves creating the conditions by which each participating educator may think about how their particular learning experience connects with their own priory experience and future classroom practice. Superficially, our speakers may seem to have nothing to do with one another or the sorts of project work undertaken by CMK attendees. In 2015, I invited two National Endowment for the Arts Jazz Masters, 86 year-old pianist Barry Harris and 89 year-old saxophonist Jimmy Heath, to perform a masterclass at CMK. Edith not only understood immediately why I invited them to perform at an event about learning and making, but she was thrilled to spend time with Barry Harris whose music she knew. Edith had also watched videos of Barry teaching. Just take a look at the joy with which she approached this encounter. 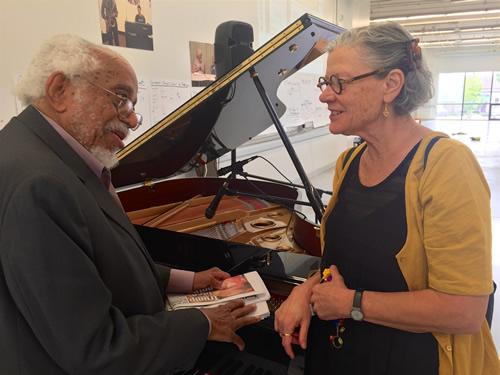 2014
I work all year organizing Constructing Modern Knowledge and try to steal an hour to indulge a passion of mine, taking great friends and colleagues to Cremeland, an “al fresco” roadside stand in Manchester, New Hampshire known for its fabulous fried fish and ice cream. The first year Edith joined the CMK team, I took her and a couple of colleagues for our secret lunch at Cremeland. You order food at one window, eat at picnic tables in the parking lot, and then return to a window at the opposite end of the building for decadent ice cream. 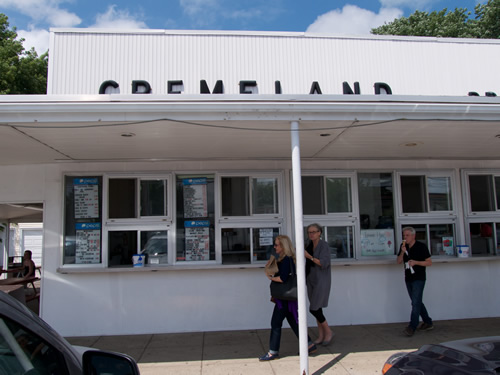 There is always a bit of chaos when a group of people are ordering from an unknown menu through a tiny window, but throw Edith’s Swiss accent into the mix and watch hilarity ensue. 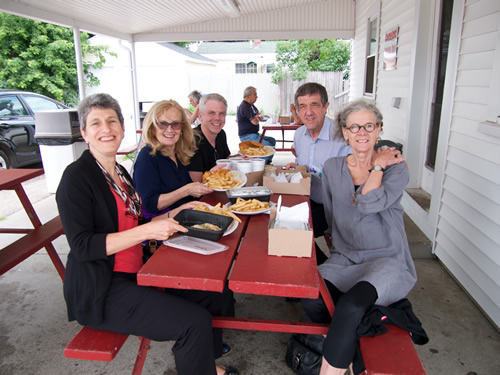 This became a private joke between us and when I gave the CMK faculty and speakers t-shirts with chalkboards printed on them, Edith wrote, “Haddock, not hot dog,” on hers.

Au revoir dear Edith…. We love you and will miss you more than you could ever know.

Edith Ackermann’s Pedagogical Perspective on Tinkering & Making from The Tinkering Studio on Vimeo.

Exploratorium Talk – The craftsman, The trickster, and the Poet — Conference Art as a way of knowing. San Francisco, 2011

In Praise of Elitism?

The Greatest Music Video Ever?