I recently received a sad email informing me that Paul Jones, my first and only computing programming teacher, had passed away. Mr. Jones taught at Schuyler Colfax Junior High School in Wayne, New Jersey for thirty-seven years. If a monument to honor great achievements in educational computing is ever erected, it should surely include a statue of Mr. Jones.

Around 1976 I got to touch a computer for the first time. My junior high school (grades 6-8) had a mandatory computer-programming course for seventh and eighth graders. I only had the course once since I was in the band. In a twist familiar to schools across the land, kids less inclined to creative and intellectual pursuits got to take double the number of courses in those areas!

In the 1970s the Wayne Township Public Schools in New Jersey believed it was important for all kids to have experience programming computers. There was never any discussion of preparation for computing careers, school-to-work, presentation graphics or computer literacy. This was not a gifted course or a vocational course. This “mandatory elective” (a concept unique to schooling) was viewed as a window onto a world of ideas – equal in status to industrial arts, home economics and the arts.

To young adolescents transitioning out of trick-or-treating Mr. Jones was scary in a Dr. Frankenstein sort of way. Rumors abounded about him talking to his computer and even kissing it goodnight before going home at the end of the day. The truth was that this guy could make computers do things! To kids who never imagined seeing a computer – let alone controlling one, having such power within our reach was pretty heady stuff.

The class consisted of mini-tutorials, programming problems on worksheets to kill time while we waited to use the one or two teletypes sitting in the front and back of the room. The scarcity of classroom computers had an unintended consequence, lots of collaboration.

We could sign-up to do more programming or play a computer game after school. This afterschool activity, undoubtedly offered out of the goodness of Mr. Jones’ heart, would allow us extra precious minutes of computer time. Text-based versions of boxing, tennis, football and Star Trek were favorites. Mr. Jones knew how the games worked and would show us the underlying code if we were interested. Mr. Jones did sort of love his computer and his students. Once I knew the odds for each football play the computer never beat me again. I could THINK LIKE THE COMPUTER! This made me feel powerful and laid the foundation for a life of problem solving.

The habits of mind developed in Mr. Jones’ class helped me survive the series of miserable mathematics classes that would greet me in high school. Perhaps Mr. Jones was such a great teacher because he was learning to program too. (This never occurred to me as a kid since Mr. Jones knew everything about computers.)

During high school I would pay an occasional visit to Mr. Jones in order to trade programming secrets. As an adult we had a casual collegial relationship. He may have even attended one or two of my workshops. I do remember that he loved AppleWorks with a passion normally reserved for opera and that he collected Beagle Bros. AppleWorks add-ons like they were Beanie Babies.

Not long after Mr. Jones died I received a charming email from the world’s finest seventh grade social studies teacher, Bob Prail, asking me if I would be interested in applying for Mr. Jones’ teaching job. I was honored to be considered and must admit that the whole “circle of life” angle warmed my heart. However, living with my family 3,000 miles from Schuyler Colfax Jr. High would make the commute difficult. I also feared that the responsibilities assigned to this teaching position were no longer pioneering or designed to expand the thinking of students. I was concerned that the 2001 curriculum for a computing teacher (probably now called something like digital communication technology integration facilitator and cable-puller) would have deteriorated into the mindless computer literacy objectives of mouse-clicking, web bookmarking and word processing plaguing too many schools.

Unnamed sources within the junior high school in question have since revealed that students now spend a considerable amount of time learning to “keyboard.” I don’t know which is worse, disrespecting the talents and culture of kids by pretending that they have never seen a computer before or lowering our expectations by making it impossible for kids to do wondrous things with the most powerful technology ever invented.

As students of Mr. Jones a quarter century ago, none of us HAD ever seen a computer before and yet the curriculum was designed to inspire us to seize control of this mysterious machine. Since we had little idea what was impossible, we thought anything was possible. We felt smart, powerful and creative. Assuming Mr. Jones’ responsibilities while trivializing the intellectual power of computing would dishonor his spirit and diminish his pioneering contributions to the world of powerful ideas.

Veteran educator Dr. Gary Stager is co-author of Invent To Learn — Making, Tinkering, and Engineering in the Classroom and the founder of the Constructing Modern Knowledge summer institute. Learn more about Gary here. 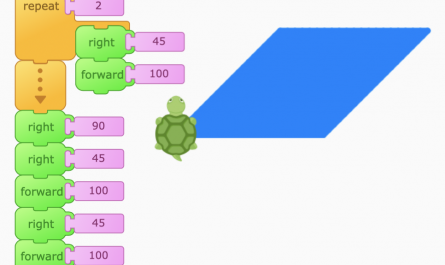