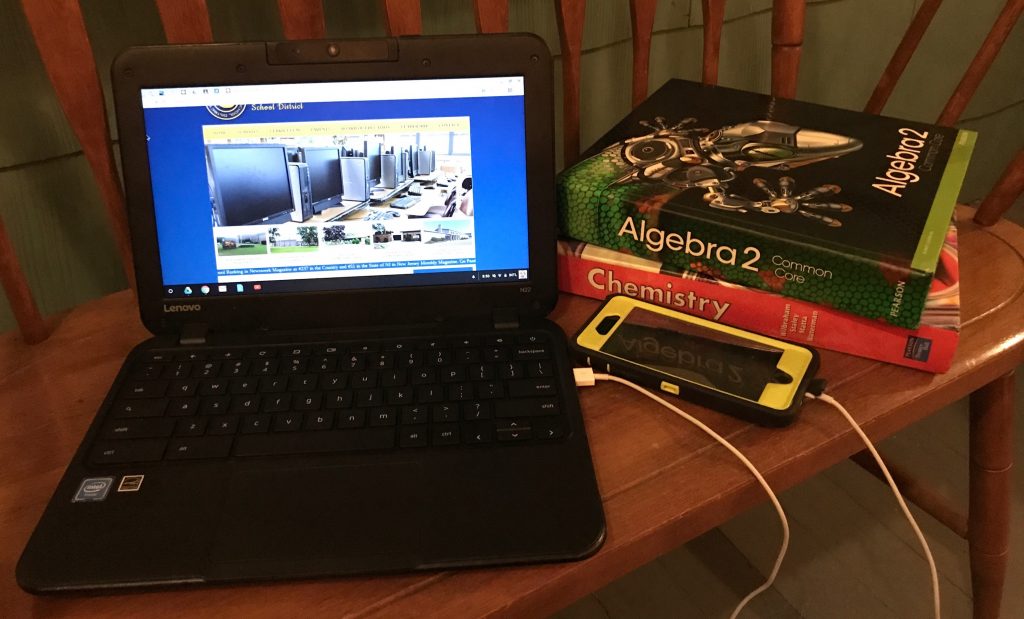 I am often asked about the adoption of Chromebooks and have spent months agonizing how to respond. This article offers food for thought to teachers, administrators, school board members, and policy makers who might find themself swept up in Chromebook mania.

What should a student computer do?

In addition to being portable, reliable, lightweight, affordable, and with a good battery life, a student computer should capable of doing everything our unimaginative adult reptilian brains think a kid should be able to do with a computer and powerful enough to do a great many things we cannot imagine.

The Chromebook might be sufficient if you believe that the primary purpose of school to be taking notes, looking stuff up, completing forms, and communication. I find this to be an impoverished view of both learning and computing. Children need and deserve more. If you find such uses compelling, kids already own cellphones capable of performing such tasks.

Powerful learning is a bargain at any price

Thirty years ago, my friend and mentor Dr. Cynthia Solomon taught me that sound education decisions are never based on price. Providing children with underpowered technology insults kids, treats them like 2nd class citizens, and signals that schools should get scraps. The more schools settle for less, the less the public will provide.

One of the most peculiar terms to enter the education lexicon is “device.” What was the last time you walked into an electronics or computer store and said to a salesperson, “I would like to buy a device please?” This never happens. You buy yourself a computer.

A device is an object you buy on the cheap for other people’s children to create an illusion of modernity. A Chromebook might be swell for a traveling salesman or UPS driver. It is, in my humble opinion, insufficient for school students in 2017. 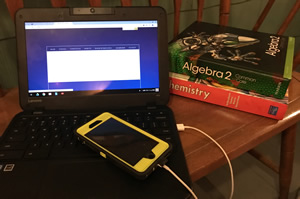 Providing students with a Chromebook rather than a proper laptop computer is akin to replacing your school orchestra instruments with kazoos. We live in one of the richest nations in all of history. We can afford a cello and multimedia-capable computer for every child.

My best friend’s son attends a middle school where every student was issued a Chromebook. The kids use them primarily to charge their iPhones.

If someday, Chromebooks are sufficiently robust, reliable, and flexible at a good price, I will embrace them with great enthusiasm. That day has yet to arrive.

Read Seymour Papert and Cynthia Solomon’s 1971 paper, “Twenty Things to Do with a Computer,” (Go ahead. Google it on a Chromebook if you wish) and see how many of things they demonstrated that kids were doing with computers more than 45 years ago are possible on your “device.”

Australian schools in 1989-90 embraced personal laptop computing as a vehicle for programming across the curriculum and created a renaissance of learning with computers that too many educators remain ignorant of or have chosen to forget. Look at the capabilities of the XO computer, aka the $100 laptop, created by the One Laptop Per Child foundation. It was more powerful than today’s Chromebook. We do not to use classroom technology that dooms learners to secretarial roles. They need computers to invent, create, compose, control microcontrollers, program robots, run external machines, build simulations, and write their own software.

Where is S.T.E.M? Or the Arts in the examples of classroom Chromebook use? To those who say that you can compose music, make movies, or edit large audio files on a Chromebook, I suggest, “You first!” The ability to connect things like microcontrollers, robotics, 3D printers, laser cutters may indeed become possible on a Chromebook in the near future, but we already have all sorts of personal computers capable of doing all of those things well today. Why gamble?

When geniuses like Alan Kay, Seymour Papert, Cynthia Solomon, and Nicholas Negroponte spoke of “the children’s machine,” they meant a better computer than what their father used at the office. Today, “student devices” take on an air of condescension and paternalism that disempower young people.

Schools continuously invent that which already exists; each time with diminished expectations.

The only time you hear teachers or administrators claim that kids love something is when those very same adults are desperate to justify a bad decision. Telling me that teachers are finally “using technology” since you procured Chromebooks is just an example of setting low expectations for the professionals you entrust with educating children. Making it easy to do school in a slightly more efficient manner should not be the goal. Making the impossible possible should be. Celebrating the fact that a teacher can use a Chromebook is an example of the soft bigotry of low expectations.

How low can you go?

I truly respect and appreciate that public schools are underfunded, but underpowered Chromebooks are not the answer. How cheap is cheap enough for a student “device?”

I recently purchased a 15-inch HP laptop with a touchscreen, extended keyboard, 12 GB of RAM, a 2 TB hard drive, and Windows 10 at Costco for $350. I routinely find real PC laptops capable of meeting the standards I outlined above in the $250 – $350 price range in retail stores. Imagine what the price would be if schools wished to buy millions of them!

If $250 – $350 is too expensive (it’s cheaper than playing soccer for one season), how about $35 for a Raspberry Pi, the powerful computer students can run real software on, including Mathematica, which comes free, on the Pi. A Raspberry Pi 3 computer has greater flexibility, power, and available software than a Chromebook and it costs less than my typical Dominos Pizza order.

If you’re feeling extra flush with cash, add a Raspberry Pi Zero computer to your order for the price of that delicious chocolate chip brownie concoction Dominos offers upon checkout.

The Cloud is not free and it still sucks!

One of the great misconceptions driving the adoption of “devices,” such as the Chromebook, is the promise of cloud computing. Doesn’t that just sound heavenly? The cloud….

How is the Internet access in your school? Painful? Slow? Unreliable? Have hundreds of children do all of their computing in the cloud and you may find the school network completely unusable. The future may indeed be “in the cloud,” but today works really well on personal hard drives.

The cost of upgrading your network infrastructure and then employing a high school dropout named Lenny and all of his mates to maintain the network (ie… lock, block, and tell teachers what they can and cannot do online) is much more expensive than trusting kids to save their files on their own laptop.

Perhaps I missed something, but I am unaware of the educational vision supporting widespread Chromebook adoption. Google has not even faked an educational philosophy like “Think Different.”

Screwing Microsoft might be fun, even laudable, but it is not a compelling educational vision.

Did you hear that Google has a free salad bar and dry cleaning? How cool is that? I wish our staff room had a barista! The successful penetration of Chromebooks into schools is due in no small part to our culture’s lust for unlimited employer provided vegan smoothies. However, it would be irresponsible for educators to surrender pedagogical practice and the potential of our students to the whims of 23 year-old smartasses at any technology company. Silicon Valley could make its greatest positive impact on education by learning the lessons of history, consulting education experts, and most importantly, paying their fair share of taxes.

There are also legitimate privacy concerns about trusting a benevolent corporation with our intellectual property, correspondence, and student data. Google clearly has a lot to gain from hooking kids and their teachers on “The Google” while turning their customers into product.

Again, I do not understand why any of this reliance on Google is necessary. The average school could spend well under $100/month on its own email and web servers either on-site or co-located. Best of all, no one is reading your email and you are ultimately responsible for your own files. Let a 5th grader manage the entire operation!

The miracle of Google’s YouTube is that a company makes billions of dollars per year by delivering ad-supported stolen content to users. Any teacher who does not believe that they too are in the intellectual property business should be prepared to be replaced by a YouTube video.

School decision makers responsible for purchasing Chromebooks have been heard to say the following in justification of their actions.

“I had to get Chromebooks!”

The school up the street got them.

“The latest batch is so much better than the other ones we bought.”

Why are you investing in unreliable technology and then congratulating yourself for doing it again?

“I know that the Chromebooks don’t do everything we need or want them to do, but they should soon.”

Then why did you buy Chromebooks now?

I call the actions justified by such statements unicorn computing. Peer pressure, hoping, and praying are insufficient justification for saddling teachers and children with underpowered powered unreliable devices – especially when cost-effective options exist.

It doesn’t matter to me if a new kind of computer captures the heart and wallets of consumers. All that matters is that scarce educational resources are used to provide students with maximum potential. If Chromebooks were the first computer ever invented and other options did not exist, I might embrace the Chromebook as a classroom option. If Chromebooks were sufficiently powerful, durable, and reliable, I’d endorse their use. When better computers are available at approximately the same price, disempowering kids and confusing teachers seems an imprudent option.

My life’s work has been dedicated to expanding rich learning opportunities for all students by helping educators embrace the tools of modernity. Much of this work has involved personal computing. From 1990, I led professional development in the world’s first two laptop schools and then countless others inspired by this work. I worked with the father of educational computing, Dr. Seymour Papert, for twenty years and was a member of the One Laptop Per Child Foundation’s Learning Group. Professionally, I have taught children to program computers across the curriculum since 1982. I learned to program in the mid-1970s, an experience that liberated my creativity and opened a window into a world of powerful ideas ever since.

I view computers as personal intellectual laboratories, ateliers, and vehicles for self-expression. The act of computing gives children agency over an increasingly complex and technologically sophisticated world. When every child owns a personal portable computer, they are able to construct knowledge “anytime anywhere,” learn-by-doing, and share their knowledge with a global audience. Computing bestows agency upon learners and allows them to embrace complexity while exploring domains of knowledge and demonstrating ways of knowing unavailable to adults just a few years ago.

There is no greater advocate for computers and computing in education than me. However, the purchasing decisions made by adults, for students, can either amplify human potential or impede learning.

Smaller cheaper computers are an attractive proposition, especially for cash-strapped schools, but I am alarmed by the widespread and too often thoughtless adoption of Google Chromebooks in education. Simply stated, the Chromebook turns back the clock on what we have learned children can do with computers in search of an immature technology.