The world lost a remarkable educator on June 22, 2017 when Dr. Robert Tinker passed away at the age of 75.

If your students have ever worked on a collaborative online project, taken a virtual class, used a science probe, played The Zoombinis, or used any terrific materials created by TERC or The Concord Consortium, Bob is the reason why.

A gifted scientist, Bob was brilliant, kind, patient, joyous, and generous. Like our mutual friend, Seymour Papert, Bob spent his life helping others to learn and love science and math just as much as he did. He possessed the rare empathy that allowed him to wonder why others might not learn this or that as naturally or easily as he did. Rather than blame or shame learners, Bob designed tools not to teach, but for learning. At Seymour Papert’s memorial celebration, Tod Machover quoted Papert as saying, “Everyone needs a prosthetic.” Bob Tinker was in the business of creating remarkable prosthetics useful for embracing the wonders of scientific inquiry.

I just learned that Bob fought on the front lines of the civil rights movement in Alabama, just as Papert did in South Africa. This news came as no surprise.

“My Dad was the probably the smartest man I knew (MIT PhD), and he decided to pass on earning a big salary with a Defense Contractor in order to positively impact change. With my mom at his side, during the civil rights movement they moved to the South to teach at a University that could hardly afford textbooks. They marched in dangerous areas. They worked to expose climate change. They personally funded the arts and those less fortunate. They then built the two largest science/match educational non-profits in the USA. The two NGOs employ hundreds, have trained thousands of teachers, and have educated millions of kids.” (Bob’s daughter, Facebook, June 22)

A life well lived… Online, Bob’s friends remember him as a mensch.

Long before politicians and hucksters began alarming the citizenry about the need to teach Science, Technology, Engineering, and Mathematics (S.T.E.M.) subjects as a vulgar ticket to careers, real or imagined, Bob Tinker created tools and technology that not only raised the standards for student participation in those fields, but did so in a progressive constructivist context. Not only didn’t his approach to S.T.E.M. exceed empty rhetoric and vocabulary acquisition, Bob’s work brought a broad spectrum of modern scientific domains to life in classrooms. Biology, chemistry, physics, computer science, earth science, electronics, engineering, and computational thinking were all in the mix.

One could make a compelling argument that Bob Tinker is the father of S.T.E.M. However, I think of him as the Thomas Edison of S.T.E.M. Beyond his remarkable academic preparation, Bob was not resigned to a life of writing pretentious papers to be published in overpriced conference proceedings read by six colleagues. While there was nobody better at writing successful grant proposals, Bob and his colleagues had a stunning track record of “commercializing” their ideas. At both TERC, where he was Director of Educational Technology and The Concord Consortium he founded, Bob Tinker personified Edison’s notion of research AND development. An idea could be tested, refined, manufactured, and distributed in a reasonable timeframe. Unlike so many researchers cloistered in university departments and think tanks, Bob and his colleagues turned ideas into actual products enjoyed by millions of students around the world. Like Edison, Dr. Tinker didn’t work alone. He assembled and led an incredibly competent band of “muckers” who could bring impossible ideas to life.

Those products were sound, timely, reliable, open-ended, fun and teachable without succumbing to “teacher proofing” or dumbing down the science. There was never anything condescending about Dr. Tinker’s prolific work. Bob’s considerable charm and passion undoubtedly played a role in the creation of public/private partnerships, including with The National Geographic and Broderbund, required to successfully distribute his inventions to classrooms and homes everywhere. Bob was also a pioneer in making powerful software tools freely available online. He also preceded the DIY ethos of the maker movement by advocating for the creation of one’s own science probes in 2007!

In Bob’s world, there was no reason to add an A for Arts to S.T.E.M., since the doing of science and mathematics was itself, beautiful, wondrous, playful, creative, and relevant. Papert and Tinker shared a desire for children to be mathematicians and scientists, rather than being taught math or science. They both worked to make complexity possible by making the frontiers of mathematics and science accessible and usable by children. Bob went a step further and created programs where students could collaborate with scientists online as colleagues back in 1989, two years before the World Wide Web was released to the public. My fourth grade class participated in the National Geographic Kids Network Acid Rain project back in 1990.

In an interview Bob said:

“I became inspired to teach by tutoring two kids for two years in a black college in the South. It was the best education (for me!) anyone could design because it showed me exactly how science education could reach far more learners. I’ve dedicated my life to realizing that dream and it’s been wonderful working with smart people who share that dedication. There’s always been a sense of mission. We make important advances that will affect kids all over the world and—this was my initial motivation—bring cutting-edge educational resources to under-resourced kids.”

On a personal note

I do not remember exactly when I first met Bob Tinker, but it was at a conference approximately thirty years ago. Back then, the smartest people in the world spoke at educational computing conferences. I was familiar with his work prior to meeting him. In fact, I was a big fan of The Science Toolkit, distributed by home recreational software publisher, Broderbund. The Science Toolkit was a low-cost ($79 master module with two probes and $39 add-on sets) software package with external sensors that plugged into the joystick port of a microcomputer to allow children to conduct, measure, and record science experiments at home. This was an example of what Bob pioneered and called Micro-Based Labs (MBL).

Check out the video clip from the Christmas 1983 episode of the PBS show Computer Chronicles. Note how clean and simple the software it is and compare it some of the probeware software sold to schools today.

Prior to meeting Bob, I owned my own Science Toolkit. I was especially pleased with myself for figuring out how to program LogoWriter to read data from the kit’s probes without using the accompanying software. I could now write my own programs for collecting data, graphing it, and controlling my own experiments. I nailed using the light sensor, but my temperature data I received wasn’t particularly accurate. I eventually rationalized this as being the fault of the sensor or based on the limitations of the Science Toolkit, despite the fact that the probe worked just fine with the software provided.

Not much time passed before I ran into Bob Tinker in one of those “V.I.P.” receptions, in the crummy “suite” of the conference chair in the forgettable hotel where the conference was being held. As I told Bob about my struggles with temperature data, he grabbed a napkin and wrote calculus formulas across all of the quadrants of the unfolded napkin. Bob mentioned that reading the temperature data was non-linear, a concept this C- science student could vaguely comprehend. While I never figured out how to translate the napkin math to a working LogoWriter program, Bob’s good cheer, gentle mentoring, and generosity reminded meow something I wrote in an essay a couple of years ago, “Math teachers often made me feel stupid; mathematicians never did.”

When I started the Constructing Modern Knowledge institute for educators ten years ago, Bob was the first speaker I secured. He had agreed  to return in a few weeks to help us celebrate our 10th anniversary this July.

I will never forget the joy he brought to kindergarten teacher extraordinaire, Maria Knee, who was euphoric while manipulating molecules in software Bob created (The Molecular Workbench). He and his colleagues made the impossible accessible to generations of teachers and children.

I am gutted by Bob’s passing. Losing Bob, Seymour Papert, Marvin Minsky, and Edith Ackermann within an 18-month period is almost too painful to bear. They were fountains of powerful ideas extinguished in anti-intellectual age hostile to science, even wonder. The education community does not enjoy a proud record of honoring the contributions of its pioneers or standing on their shoulders. Instead we continuously rediscover that which already exists, without attribution and with diminished expectations.

More than twenty-five years ago, Seymour Papert and Bob Tinker led a crazy or courageous session at the National Educational Computing Conference in Boston. If memory serves me, the presentation had a title along the lines of “Enemies of Constructionism.” I remember them taking turns placing acetates on the overhead projector proclaiming the name and photo of one of their enemies, including their NSF project manager who happened to be in the audience. This session had to be Seymour’s idea because Bob was too nice, but I suspect that Bob wrote the proposal.

I considered Bob a friend and dear colleague, even though we never really hung out or worked together formally. We often discussed collaborating on an elementary school project of some sort even though Bob modestly claimed not to know anything about little kids. Less than a year ago, Bob introduced me to a colleague and recommended that I be an advisor for an NSF proposal. I was honored to be asked and the grant* has been funded. While searching my email database, I found another proposal Bob himself included me in eleven years ago. I am humbled by his faith in me and respect for my work.

I wonder if ISTE will honor Bob in any way or if they even know who he is? I still await even a tweet about the passing of Dr. Papert. Like Papert, Bob Tinker was never invited to be a keynote speaker at ISTE or its predecessor, NECC.

Rest-in-power Bob. We will miss you forever and the struggle against ignorance continues!

Read more by searching for Tinker.

The Concord Consortium is assembling a collection of tributes to Bob Tinker here.

* Read the text of the funded NSF proposal, Science and Engineering Education for Infrastructure Transformation. 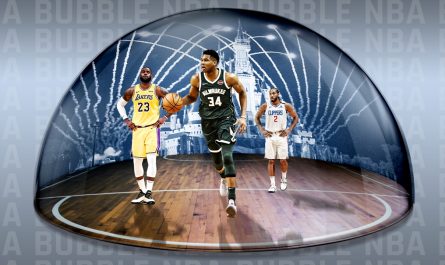