I published this (IMHO) important article, “First We Kill the Teacher Unions” exactly three years ago today in The Huffington Post. I am enormously proud of the article and extremely sorry for being so prescient.﻿ After you read the text of that article below, you might take a look at my December 2008 article about Secretary of Education Arne Duncan, Obama Practices Social Promotion. That’s the story that caused the CEO of Hooked-on-Phonics to issue global press releases condemning my comparison between their product, Arne Duncan and Shamwow.

First We Kill The Teacher Unions

Slate recently reported on the latest public demonstration of enmity towards public schools and their teacher. Teacher bashing is hardly novel, but what makes this gathering particularly noteworthy is that took place during the Democratic National Convention in Denver.

The voucher, excessive testing and privatization fantasies of the GOP are well documented, but Democratic big shots have now joined in the chorus of anti-teacher karaoke.

The complexity of how to “fix” America’s public schools reduced to a single objective. Break the teacher unions. This is particularly ironic given the AFT and NEA’s timeless support for the Democratic Party. Hell, AFT President Randi Weingarten, was seated behind President Clinton during Senator Clinton’s address to the Convention. In almost any jurisdiction, support of teachers can mean the difference between election victory and defeat. Yet, many Democratic officials are eager to bite the hand that feeds them, regardless of the consequences for children in their communities. Jonathan Alter of Newsweek called this week’s betrayal of the DNC’s supporters, “landmark.”

It especially saddens me that Cory Booker of Newark, a man of privilege and extraordinary education at Stanford and Oxford, would attack teachers with the level of contempt reported by Slate. He’s upset that teachers had the audacity to fight him on school choice schemes for Newark. Aside from wondering how magically wonderful schools would spontaneously bloom in Newark it is worth mentioning that Cory Booker didn’t need school choice when he grew up in affluent Bergen County. What sorts of choice does he advocate – taxpayer funded religious schools or the urban obedience schools funded by Eli Broad (another Democrat). Broad loves schools where poor kids spend their days barking answers to scripted curricula – schools Mayor Booker’s parents would never have tolerated for their son.

At the recent Ed Challenge for Change event, Booker denounced the “insane work rules” of teachers. Perhaps he should meet the teachers in his district that I know.

Newark, New Jersey, an economically deprived city, which for decades had neither a supermarket or movie theatre, does have some of the most dedicated capable educators I’ve ever encountered. For a decade, I led professional development in the Newark schools and had countless teachers attend workshops I led elsewhere. Newark was known for its innovative uses of computers in education, despite little local funding and the Newark teachers I worked with demonstrated a level of commitment and skill rivaling the best of their suburban counterparts. Newark is one of the rare school districts where dozens of teachers would voluntarily attend a daylong workshop on a hot humid summer day. The Newark educators I know love the children they serve and do their best to educate some of the poorest children in this country. They deserve our support and respect.

You Can’t be a Democrat who Quashes Democracy!

Fueled by the shaming and humiliation of No Child Left Behind, billionaire “philanthropists” and simplistic management theories recited from business books sold at airport gift shops, many big city mayors have staged bloodless coups of their city’s school districts. (Each of the mayors is a Democrat with the exception of “democratish” Michael Bloomberg of New York) Their theory suggests that the Mayor has ultimate responsibility for the success or failure of the public schools and is uniquely prepared to triumph where others have failed.

The reality is that publicly elected school boards are disbanded, chaos is introduced into the bureaucracy, the curriculum is homogenized, classrooms become Dickensian test-prep sweatshops, parental involvement is diminished, the arts disappear and with term limits, there is no actual consequence for mayoral failure. All of the benefits of dictatorship accrue to the mayor and innocent children feel all of the consequences.

It is worth noting that cities with mayoral control of schools – Chicago, New York, Washington D.C. and the mayoral control wannabe, Los Angeles – employ Superintendents and Chancellors woefully unqualified for the job. This new generation of mayoral dictators first suspends democracy, and then installs obedient ideologues lacking experience or independent thought to carry out their mischief making.

D.C. Mayor Adrian Fenty is the latest educational fascist of the month. His self-appointed killbot, Chancellor Michelle Rhee enjoys glowing profiles in Fast Company and gets an hour on the Eli Broad-funded Charlie Rose show (representing perhaps 10% of all television time dedicated to public education annually).

Rhee occasionally makes sense and may even be committed to doing the right thing for D.C. kids, but the majority of her public focus seems to be on busting the teacher unions. Mayor Daley of Chicago and Michael Bloomberg are equally vocal fans of sowing the seeds of teacher discord and powerlessness.

The First Amendment of the Bill of Rights guarantees unions. The right to organize is the embodiment of our cherished Freedom of Assembly. Unions built the American middle class while building our roads, bridges, cars, schools, hospitals and other institutions we cannot live without.

American teacher unions are not too powerful and they do not have a stranglehold on our democracy. The fact that teacher unions are so readily used as political piñatas by shameless demagogues is proof of their weakness. The fact that major urban districts are run by unemployed generals, accountants and prosecutors challenges the notion of the union’s unchecked power. The fact that the Los Angeles Unified School District, the nation’s second largest school district, couldn’t manage to pay some teachers for nearly a full school year, yet the teachers continued to work while losing their homes or cars is evidence that the unions are weak, not powerful. Governor Schwarzenegger uses constitutionally guaranteed school funding as his personal piggybank. The union can’t stop him.

Former Secretary of Education Rod Paige survived calling the National Education Association a “terrorist organization” while his pal, Reid Lyon, called for colleges of education to be “blown up.”

It doesn’t take a very tough politician to beat up on teachers. That’s why teacher unions are such perennial targets. I’d like to see Democratic politicians talk such trash about teamsters, cops or firemen. Schwarzenegger was terminated when he messed with the nurses union a few years back. The nurses weren’t quite as genteel as the teacher unions.

A Few Facts and Even More Questions

America is not the only country with unionized teachers. Many of the countries that beat us on the ridiculous international comparisons politicians quote are more heavily unionized than us. It’s hard to imagine No Child Left Behind leaving the starting blocks in a country like Australia where the teacher unions would have shut the schools down at the first hint of NCLB.

Blaming educational problems on teacher unions is even more absurd when you consider that states like Texas have no teacher unions. Is Texas immune from student achievement challenges? Hardly.

The larger question is a matter of leadership and employee relations. How does reducing teacher creativity, independence and responsibility for decision-making help instill those qualities in the children they teach? How does alienating teachers, placing them in rubber rooms or attacking their motives make them a partner in school reform? How does insulting your base and violating a fundamental American liberty create a wise and more just society?

Do you want your children taught by defensive or depressed teachers who feel assaulted by the community they serve? How does that state of affairs contribute to educational excellence?

If the educational neocons succeed and break the backs of teacher unions, what do they think would happen? What would magically occur the next day? How are schools expected to improve? I demand that these Democratic tough guys and gals tell me what they will do next. 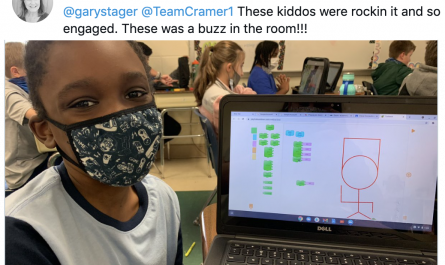