The future is the last refuge of a scoundrel
(Gary Stager, 2010 – with apologies to Samuel Johnson)

I go to a lot of education conferences, a dozen or more per year, read lots of “edublogs” and listen to lots of speakers. The future is a popular topic of discussion.

The most common interchangeable keynote speaker regals his audience (it’s always a HE speaking) with the number of cellphones in the world, the number of FaceBook pages, how kids think email is old-fashioned and how we need to fear The Holy Roman Empire, Japan, China, India, Singapore and Finland.

The wisest of all keynote speakers tell their audiences that the world has changed and that education has not kept pace. A few brave well-compensated speakers even go out on a limb and strike a courageous stance in favor of creativity! Sometimes corporate videos or zany YouTube videos are shown to accentuate their point.

I marvel at these presentations because:

1) They leave the audience unchallenged and unprepared to act in any way that would improve education.
2) The breathless “discoveries” from the future are available to anyone sentient being capable of reading a newspaper, watching Oprah or talking to a teenager on a public bus. Regular reading of Parade Magazine would make the sorts of revelations shared in many education keynotes seem ho-hum.
3) The future is spooky.

Recently, I saw one well-respected academic show this incredibly long Microsoft video predicting “life in 2019.” That video was followed by a statement about how in the year 2000 “none of us” were able to predict all of the technology we now have available in 2010.

Allow me to respond in three ways.

1) The Microsoft video offers almost nothing substantively different in its vision of the future from the Knowledge Navigator film John Sculley produced at Apple Computer in 1987. The only difference between the two films is 13 years and interface elements. (I’ve been known to ask grad students to cobble together their own Knowledge Navigator as a collaborative project.)

2) What do videos like the one produced by Microsoft have to do with education? I get it. Things will be cool in the future. What should I do Monday? How does what I do Monday lead to preparing my students and colleagues for the “Someday” presented in the video.

3) It is preposterous to claim that we could never have predicted the technological progress between 2000 and 2010. I cannot think of a single technology that has changed the way I work or live that I currently own that I was unable to imagine or even own in 2000.

Even if the technological progress gap between 2000 and 2010 was enormous, there is almost zero evidence that it has made an impact on education. Yeah, I know. “Blogging changed your life. Your PLN saved you from social isolation…” Social media just doesn’t feel that new to me and I challenge you to argue that it has had more than an infinitesimal impact on classroom practice.

Future fetishism is just the flip-side of nostalgia…

Here are some thoughts by another education pundit…

New “Literacies”
We must keep the three Rs, but they must change with the changing social needs… Have we the courage to change our class education into democratic education?

The Need to Rethink Teacher Education
Train teachers differently… Can the training include the direction of young children in club life… the study of the home and street life? Should the training school period include work in the hospital for children, so that the teacher may actually learn what the physical needs of the children are and where to go for help?

Site-based Decision-Making
We must break the deadening influence of a too strongly centralized system; we must individualize the schools rather than mass them… What the school system needs to understand is that its strength lies, not in the strength of the central organization, but in the strength of the individual school, not in making one school like another, but in making each school a distinct unit.

Real-world Learning
We must change the notion that the school is a cloistered institution, by breaking down its walls and having it come into direct contact with people… It must use the factory, the stores, the neighboring parks, the museums, not incidentally, but fully and with deliberation.

High Standards/Learner-cententered Education/Personalized Learning/Differentiated Instruction/No Excuses/Global Competitiveness/Emotional Intelligence/PISA Scores/Accountability
We must change our attitude toward the child… I feel that the attitude toward the school and the child is the ultimate attitude by which America is to be judged. Indeed, the distinctive contribution America is to make to the world’s progress is not political, economical, religious, but educational – the child (is) our national strength, the school as the medium through which the adult is to be remade.

Angelo Patri wrote those words in A Schoolmaster of the Great City: A progressive educator’s pioneering vision for urban schools. The book was published in 1917! You should read this book. Teacher and school principal Patri, identifies and solves most of the problems facing education today in a book he published in 1917. 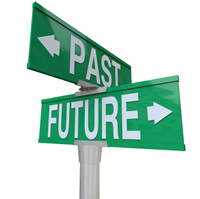 I have a suggestion. Let’s stop talking about the future and start doing something now! Generations of children have missed-out on rewarding educational experiences while we worry about how corporate meetings will be conducted in 2019. Sheesh!

Tech Insurgents: Do your teachers need a computing IEP?