Has anyone else noticed that there’s a whole lot of coloring going on in schools? I’m not talking about primary grades. I see an alarming number of high school classrooms decorated with colored reproducible maps, hastily drawn crayon posters substituting for literary analysis and that old kindergarten favorite-the magazine photo collage. This “work” doesn’t represent the efforts of slacker students. It actually satisfies teacher (and curricular) requirements.

I have a hypothesis or two to explain the explosion of primitive expression in our secondary classrooms. It is unreasonable to expect teachers with 150 to 200 students to read, edit and provide feedback for that many written pieces. As a result, student work does not endure a rigorous editing process and its quality suffers. The last thing an overworked teacher wants to do at night is read poor writing. Dumbed-down alternative assignments result.

Writing is a skill developed through modeling, apprenticeship and practice. It also needs an audience. It is no secret that teachers are reluctant writers. National contest prizes requiring teachers to submit a simple essay or lesson plan often go unclaimed due to teacher insecurity. Teachers uncomfortable with their own writing skills transmit that anxiety to their students. Since the product and process of writing is learned by observing and reading the efforts of others, too many students are deprived of this vital experience.

Here’s a rule. If you can’t remember when to use commas, your sentence is too damn long.

I experienced an epiphany while trying to teach a sixth grader to write a poem. The rapid give-and-take led me to realize that you can only really teach one child at a time. The quality and quantity of feedback necessary to help the student express herself to her potential required all of my attention.

The insatiable demands for accountability (testing) forces teachers to emphasize rules and isolated vocabulary memorization at the expense of creative expression and voluminous writing practice. Even when schools focus on low-level mechanics, they are hopelessly out of-step. My twelfth grader is still required to indent paragraphs and insert two spaces after each period years after the real world and APA have abandoned these protocols.

The problems associated with writing instruction are not limited to class-size, teacher ability or testing. Curricular notions of writing need to be revised in the digital age. While kids should certainly learn to express themselves in all forms and genres, we may need to replace a few sine qua non assignments with procedural description; acrostics with proposals; and sacrifice a haiku or two in order to learn how to write a manual. An occasional letter to the editor would be great, too.

Below is a list of teaching felonies for which you may be sentenced to a lifetime of lunch duty.

In an age when people communicate via e-mail, teachers are forced to write grant proposals for basic classroom materials and coherent manuals are in abundant demand, adults in every profession are writing more than they ever anticipated. Schools need to prepare students for that world.

Originally published in the May 2003 issue of District Administration

Should There Be Limits on Students’ Screen Time? 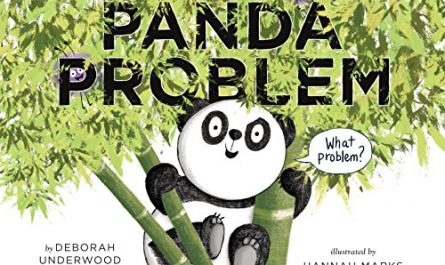