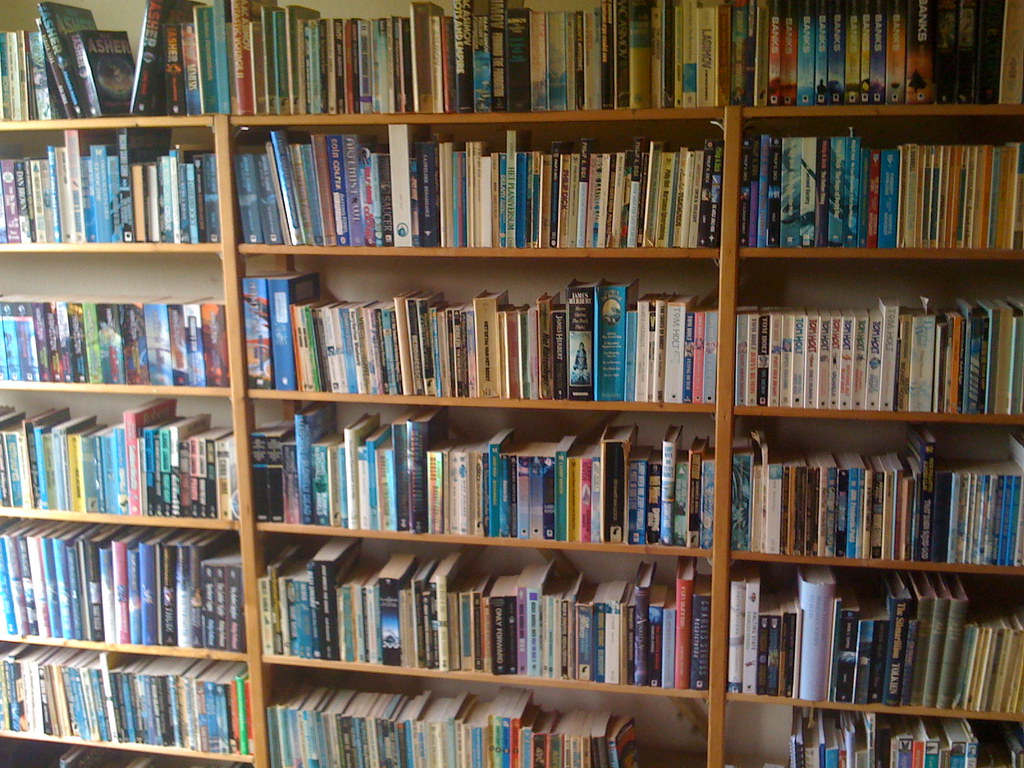 Each of the following books was chosen to help educators, especially administrators, superintendents, and board members do a better job of realizing the purpose and potential of schooling. These are but a few of the multitude of terrific books available to educators seeking wisdom or inspiration. There is no need to resort to TED Talks or “get rich quick” books when such genius is readily available to school leaders.

Each book recommended below is organized under a theme.

Rediscovering this overlooked gem by Frank Smith inspired me to write this article. I forgot how much I love this small and quirky book. This was Smith’s penultimate book and strays a bit from his typical interest in how children learn to read and natural learning processes. This book challenges us to confront the myths we hold about our identity and how that shapes our behavior as educators, often in detrimental ways.

As I was putting the finishing touches on this article, I learned that Frank Smith died in December 2020. I am shocked and saddened by his passing, but angry that it has taken nearly two months for news to reach me. That is because there has been virtually no coverage of his death in the education press and not even a tweet from the International Literacy Association. This is mind-boggling, but far from surprising. The education community has developed a nasty habit of taking its heroes and sheroes for granted. The leaders of our “professional” organizations are far more interested in Ruth’s Chris than Frank Smith, Ken Goodman, Seymour Papert, Donald Graves, Ted Sizer, Seymour Sarason…

Make no mistake, psycholinguist Frank Smith made gigantic contributions to understanding how children learn to read (by reading) and was unfazed by religious fervor reserved for the QAnon-esque mythology of phonics instruction. The erasure of Frank Smith is the final act of bullying by a system that does not tolerate dissent, especially logical, articulate, scientific, and artful objections to the status quo. Frank Smith was the rare educational theorist who could convince the laity to think differently about learning – and they would find that experience liberating.

Not so long ago, academics were threatened with losing their ed school jobs and consultants were denied PD contracts for mentioning Frank Smith or Ken Goodman (who also died in 2020) in articles or course materials – IN CALIFORNIA! Seriously, in liberal California, discussing whole language, was cause for termination less than twenty years ago.

You should not be allowed to teach reading to children without familiarity with Frank Smith’s contributions to knowledge. That does not mean you need to agree with him, but his work is seminal. Reading without Nonsense, Joining the Literacy Club, and Understanding Reading are critically important texts for understanding how humans learn to read. The Book of Learning and Forgetting is a provocative, profound, and beautiful book that helps readers think about learning in very deep ways. It was a favorite of more than a decade’s worth of graduate students who often reported reading the book several times or loaning copies to colleagues after their course.

Read Ourselves: Why We Are Who We Are by Frank Smith

The prolific and profound psychologist Seymour Sarason wrote an important book that asks the simple, but little discussed question, “and what do you mean by learning?” Any discussion about making schools better places for children needs to begin by every stockholder coming to grips with Sarason’s deceptively simple question.

Read And What Do You Mean By Learning? by Seymour Sarason

Don’t be dissuaded by the schlocky subtitle, Making Learning Whole, is a masterpiece of clarity, wisdom, and practicality that can help entire faculties teach better in a fashion worthy of the students they serve. This book is fundamental for any educator or school concerned with how to execute learner-centered visions and practices such as project-based learning. Read it and then buy a copy for every teacher in your school.

David Loader is arguably the most significant, adventurous, accomplished and brave school principals of the past fifty years. This classic text is a candid memoir of his thoughts and feelings as a school leader.

Educating for Democracy – Educating in a Democracy

There may be no better time for schools to double down on embracing, modeling, and practicing democracy. This book by MacArthur Genius Award recipient educator Deborah Meier is an essential guide for fortifying democracy in and out of the classroom.

Read In Schools We Trust: Creating Communities of Learning in an Era of Testing and Standardization by Deborah Meier

During and after the pandemic, school communities need to tackle the morbidly obsess curriculum, live our values, and invest in the experiences that not only enrich the educational experience for children, but keep schools viable for the long-run. This book features essays by leading artists with responses written by a who’s who of progressive educators (including yours truly).

Read The Muses Go to School: Inspiring Stories About the Importance of Arts in Education edited by Herbert Kohl and Tom Oppenheimer

This hidden treasure should be read, digested, and discussed by every school community, teacher, principal, and school board member. What we do in schools not only has budget implications, but much of what we have come to accept as standard operating procedure also comes at a high educational cost. This is an important book for all education stakeholders.

Read Schools That Do Too Much: Wasting Time and Money in Schools and What We Can All Do About It by Etta Kralovec

Our School is Great… isn’t it? Isn’t it?

Coalition of Essential Schools founder Ted Sizer wrote a series of three groundbreaking books between 1984 and 1997 in which a fictional teacher named Horace, who works in a “good” suburban high school, experiences a crisis of confidence when he realizes that his school isn’t as all it can be. The books take readers through Horace’s realizations, reflections, and actions intended to make his school even better. It is a shame that so few school leaders are familiar with Sizer’s work and straightforward 10 Common Principles of Essential Schools.

The noted novelist Dave Eggers started a whimsical drop-on community writing center for children in San Francisco nearly twenty years ago. Since than, 826 Valencia, has expanded to communities around the world, each with an emphasis on rich, creative, personal learning experiences for underserved children. This bargain of a large format “coffee table book” describes these centers, their activities, and shares the insanely wonderful, beautiful, and imaginative physical spaces this non-profit has created for young people. This book contains a bounty of lessons for educators concerned with creating schools where students want to be. Buy it for the photos alone and to support a great cause.

Read Unnecessarily Beautiful Spaces for Young Minds on Fire: How 826 Valencia, and Dozens of Centers Like It, Got Built – and Why by The International Alliance of Youth Writing Centers

When white supremacists and other domestic terrorists attacked the US Capitol on January 6th, I could not help but think, “I bet none of those people played Horace Silver tunes, sung Vivaldi, or performed in a production of Fiddler on the Roof while in high school.”

This book, partially about the unprecedented popularity of a young classical orchestra conductor being hired in Los Angeles, and a lot more about the multigenerational effort to teach millions of poor children in one of the Western Hemisphere’s least stable nations to play classical music at a world-class level as a basis for social cohesion. Tricia Tunstall’s describes how a refusal to suffer what Dr. King called the tranquilizing drug of gradualism, sound pedagogical practices, high expectations, kid power a commitment to beauty, community engagement, and the centrality of art results combine to create transcendent experiences for young people that withstand social upheaval, poverty, and political instability. Take the Gustavo Dudamel worship with a grain of salt and devour this book because it is quite simply one of the best I have ever read about teaching.

DeRay McKesson is one of today’s leading civil rights leaders. He is a former public school educator and in my humble opinion, a constructivist, who believes that our political rivals need to “do the work” to construct understanding for our fellow citizens. There is much to learn about empathy and activism in his book.

Read On the Other Side of Freedom: The Case for Hope by DeRay Mckesson

Julian Bond was a founder of the Student Nonviolent Coordinating Committee that advanced the Voting Rights and Civil Rights acts of 1964 & 1965, President of the NAACP, a Georgia state congressman and senator, President of the Southern Poverty Law Center, and history professor. This timely new book is a “masterclass” in the American civil rights movement by one of its peaceful warriors.

[From the book]
“Compiled from his original lecture notes, Julian Bond’s Time to Teach brings his invaluable teachings to a new generation of readers and provides a necessary toolkit for today’s activists in the era of Black Lives Matter and #MeToo. Julian Bond sought to dismantle the perception of the civil rights movement as a peaceful and respectable protest that quickly garnered widespread support. Through his lectures, Bond detailed the ground-shaking disruption the movement caused, its immense unpopularity at the time, and the bravery of activists (some very young) who chose to disturb order to pursue justice.

Myles Horton is one of those overlooked giants of history. For decades, he ran the Highlander Folk School in Appalachia where folks like Rosa Parks came to study non-violent protest, political activism, and organizing. This treasure of lifelong learning is the autobiography of Myles Horton, ably assisted by progressive education giant Herb Kohl and his wife Judith.

Read The Long Haul: An Autobiography by Myles Horton with Herb and Judith Kohl

Speaking of Herb Kohl, the legendary educator authored more than forty books giving life to progressive ideals and sound learner-centered classroom practices over five decades. One could (and should) study his oeuvre for a lifetime. Kohl’s most recent book is a work of art. It is a meditation on a life, teaching, and learning. At the end of his formal teaching career, Kohl was taking stock and wondering if his lifelong efforts were worth it. Looking for a distraction, he walked into a storefront art school in San Francisco’s Chinatown and said, “I would like to take painting lessons.” The proprietor told him to come back later in the week. This book chronicles his learning adventures in a class where his next oldest peer was in elementary school. The cultural experience and context of his Chinese painting teacher led to observation of pedagogical practices seemingly at odds with Kohl’s progressive traditions, or were they?

I have given dozens of copies of this little gem as a gift. It may be one of the most beautiful books about teaching I ever read.

The Last Back-to-School Sale Ever