Amidst the sadism, angst and mediocrity of middle school, two social studies teachers had an important impact on my development. Bob Prail has taught social studies for decades and has touched the lives of countless children at Schuyler Colfax Junior High School in Wayne, New Jersey. His class was concerned more with the intellectual, moral and emotional development of each student than the bunch ‘o facts curriculum commonplace in similar classes. Mr. Prail’s class was rigorous despite the pabulum prescribed by the mediocre textbook, which remained in virginal condition. He excited us about American history and our nation’s uneasy quest for justice. Before multicultural education and interdisciplinary teaching were hot, Mr. Prail had each seventh grader read Uncle Tom’s Cabin and each eighth grader read Upton Sinclair’s The Jungle. Decades before student-created multimedia was the rage, our class produced a film of Uncle Tom’s Cabin. I was Harry the imp. Being home sick for a week created interesting cinematic challenges when my understudy, an Asian classmate, replaced me. Few middle school students read, let alone dramatize the controversial lessons of Harriet Beecher Stowe.

Mr. Prail’s classes were filled with lively discussions and our content knowledge was tested by using an electronic game show set built by the teacher. His classroom was a safe environment for shaping an opinion or arguing one already formed. I’ll never forget how much grief Mr. Prail faced for teaching us how to relax and meditate during class time. There were absurd accusations of religious proselytizing and sorcery swirling around the school while any rational person familiar with middle school kids understands the need for relaxation and reflection. While I hardly remember the content of the class, Mr. Prail taught me a much more important lesson by his example. He treated everyone with dignity and respect even when little respect was accorded him by the school administration. I am convinced that my personal sense of political activism and willingness to fight for those people and issues worthy of support may be traced back to an intuitive sense that at twelve years old we might need to stage a protest to ensure Mr. Prail’s job security. Bob Prail’s lifelong commitment to doing the right thing on behalf of kids, regardless of what the adults around him might think is a testament to the courage and power of great teachers.

My eighth grade social studies teacher, Harold “Hack” Miller, inspired me in many other extra-curricular ways. Mr. Miller introduced partisanship, parody, humor and controversy to the study of history and importance of politics. These are noble traits required by a strong democracy. I’ll never forget the bulletin board decoration in Mr. Miller’s classroom. On it hung a front-page tabloid photo of President Ford receiving his swine flu shot and underneath it Mr. Miller wrote the caption, “No Brain… No Pain.” Mr. Miller traded “boring” subjects from the curriculum for more engaging ones like the influence of the arts on American culture. Best of all, he let us in on his subversion. He knew what his students needed and taught expertly what he knew best. Mr. Miller cultivated my love of history and passion for politics in both eighth and eleventh grade.

In high school, Mr. Miller was a behind-the-scenes instigator in our effort to rid the school of the sappy sexist expensive pre-Title IX annual student dance competition. He encouraged a camouflage-wearing school legend named Duke to seek the presidency of this august student organization while a slate of my male pals ran to be captains of a dance team. When informal polling indicated that the head cheerleaders were about to lose their most cherished position to a bunch of… well, boys all hell broke loose. While we were not particularly serious about leading the dance contest into the next millennium we were fighting for important principles of gender equity and against entrenched patterns of discrimination. Our mucking up of the works may have been silly, but it was also in the great tradition of the Boston Tea Party and the anti-Viet Nam war protests.

Mr. Prail and Mr. Miller taught without the script or straightjacket imposed by the textbook. They taught from a wealth of knowledge, a love of the subject matter and a commitment to children. I am most grateful for the role they played in the development of active citizens. They make me proud to be a teacher and an American.

The US Government now a Subsidiary of Eli Broad

Hey, NBC! There are Great Teachers here in Education Nation 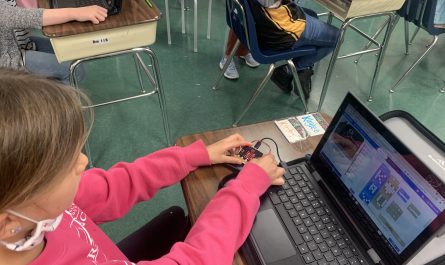