As far too many American schools become obsessed with time-on-task, achievement, and beating the rest of the world in long division, play, recess, and even socializing over lunch fade into memory. Kids in schools lucky enough to still have art, drama, or music programs often have to wake before dawn to attend “zero period” or stay at school until dark, followed by an obscene quantity of homework. Stress levels are up, childhood obesity increases, school shootings have become commonplace and somehow still, the Dickensian shopkeepers tyrannically shaping education policy wish to extend the school day, lengthen the school year, and speed up the conveyor belt they mistakenly confuse for a learning environment. 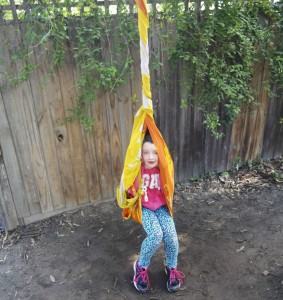 it is worth noting that many of the nations “beating” the USA academically (as if learning were a zero-sum game of winners and losers), have more recess than the United States. K-12 schools in my second home of Australia have a 20-30 minute late “morning tea” and an hour for lunch and recess – through graduation.
My favorite school in the whole world is Spensley Street Primary School in Melbourne, Australia. It’s my happy place. Spensley Street is a joyful K-6 public school of approximately 300 students that for decades has been based on open education (the real kind, not the open-source software nonsense). Everywhere you look, kids are doing things, making things, singing, playing, performing… Every two years, 6th graders go camping and compose a musical that the entire school then performs in. 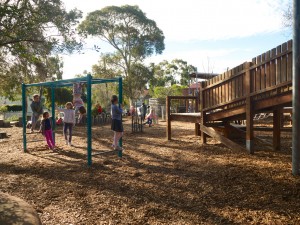 When the Australian government mandated standardized testing in order to rank schools from A-F, the Spensley Street community politely and quietly said, “No thank you.” They are not freedom fighters. Just parents and educators who know what is best for the children in their care. If you want your child tested, write a letter requesting it. Last year, I believe that 14% did.
A few years ago, the community built a spectacular garden-like playground, complete with working vegetable garden, and wood-fired pizza oven. It is on the playground where the real joy of childhood is in full bloom. One day, I walked around the garden, ball field, and school yard observing the plethora of joyful ways these lucky kids were allowed to be kids. A five year-old girl escorted me at intermittent intervals.
Playground (likely the first and last public poem by Gary Stager) 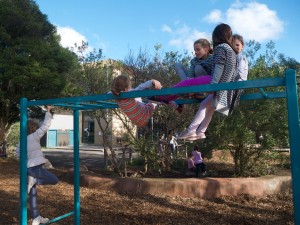 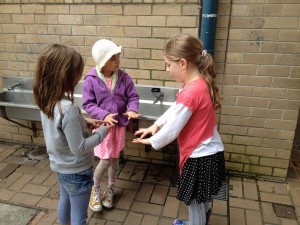 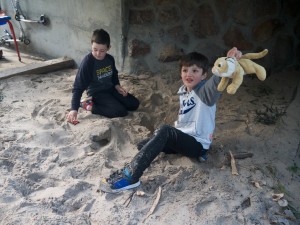 Tickling a furby
Tree climbing
Swinging
Dressing like a fairy princess
Making new friends
Wrapping a scarf around your friend’s face
Kicking a pal down a slide Shooting hoops
Hissing at classmates
Smooshing a flower into your hand and then licking the resulting pollen
– Explaining to the visitor, that’s “my special talent.”
Bouncing 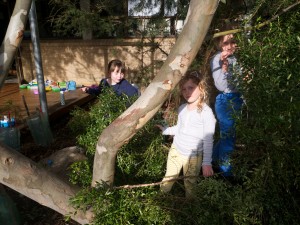