On December 17, 2008 – one month before Barack Obama was inaugurated as the 44th President of the United States, I expressed my fear about his appointees and agenda for public education in a Huffington Post article entitled, “Obama Practices Social Promotion.”

Read the article linked above or pasted below and judge for yourself whether or not I was clairvoyant.

A curious cartel of billionaire bullies, power hungry politicians and tough-talking school superintendents wage an eternal battle against social promotion — for the good of our children of course. Social promotion, a divisive political term with no basis in reality, like partial-birth abortion, is one of the most popular talking points among the the most vocal critics of public education. The “end of social promotion” has caused tens of thousands of kids as young as 3rd grade to be left-back, despite overwhelming evidence that this practice harms children and increases the drop-out rate.

However, social promotion is a godsend to urban school superintendents in this age of privatization.

I took swimming lessons for seven years, visited the USS Ling submarine in Hackensack, NJ and my father was once in the National Guard. I’ve even been known to giggle at reruns of McHale’s Navy and Gilligan’s Island. However, the best reasons to name me Admiral are:

1) I want the job and
2) I have no qualifications whatsoever!

Ridiculous! Why would someone with zero qualifications be put in charge of a naval fleet?

The always entertaining Los Angeles School Board appointed the retired General with absolutely no advanced degree, educational expertise or teaching experience to lead the second largest school district in the country.

Admiral Brewer may be an impressive leader and heckuva guy. The L.A. School Board may be sticking it to the Mayor for his recent power grab of the school district. Yet, none of this matters much or will improve the quality of education in this troubled lumbering district.

In the topsy-turvy world of public education a lack of qualifications earns you the fast track to big city school leadership and a hefty paycheck.

One of the primary goals of education is the development of expertise, not just political acumen. What sort of example are we setting for students? How much do we respect education when educators are deemed unacceptable as district leaders?

Learning is more complex than supply chain management. It seems as if any unemployed member of the military, failed businessman or police officer is thought better qualified to run schools than educators.

I’m sick of it. How about you?

Last week, the Los Angeles Unified School District gave Admiral Brewer at least $517,000 to make him disappear. Half a million bucks in an age of budget cut backs and economic crises. It’s not clear if that includes his $45,000 expense account or $36,000 housing allowance.

Who could have possibly predicted that a person with absolutely no education experience, wisdom, vision or accomplishments would fail as the leader of a major US school system? Call me Nostradamus!

It is truly bizarre that the public education system, which at least in-part is dedicated to preparing people for careers and life, would devalue expertise.

Today’s nomination of Chicago Public Schools CEO Arne Duncan to be the Barack Obama’s Secretary Education is a spectacular example of social promotion. Duncan, who as been the CEO or Chief of Staff of the Chicago Public Schools for the past ten years has done such a swell job of “reform” that his best friend and basketball buddy, Barack Obama, would not send his own children to the public schools. President-elect Obama is like Eli Broad, Bill Gates and the members of the Business Roundtable who kill public schools with their kindness while turning them into the sort of joyless test-prep sweatshops unworthy of children they love.

Arne Duncan is a darling of the charter school movement, Eli Broad, the right-wing Thomas B. Fordham Foundation, anti-union “Democrats” and I kid you not — Hooked-on-Phonics. President-elect Obama eagerly awaits recommendations on nuclear proliferation from Billy Mays, Ron Popeil and the ShamWow guy.

Duncan spends millions on standardized testing, turns public schools into military academies and endorses Teach for America, an organization built upon the perverse proposition that the most qualified teachers are those without qualifications. Teach for America’s political wing, Leadership for Education Equity, fought hard to ensure that a competent teacher educator would not be nominated. They sure got their wish with Arne Duncan.

Arne Duncan is a strong supporter of merit pay, which like social promotion is based on ideology and wishful thinking, not fact. He is also a proponent of paying children for good grades.

Riddle me this. If Arne Duncan is such a “reformer with results” who did such a swell job leading the Chicago Public Schools, why did President-elect Obama send his daughters to private school?

Duncan is a fan of No Child Left Behind (NCLB) and never met a standardized test he didn’t love. His education policies and practices are indistinguishable from those of the Bush Administration. In fact, the current unqualified Secretary of Education Spellings virtually endorsed Duncan while she posed for for a photo-op with him four days ago. Today she praised Duncan’s nomination while spinning her own tall tale and invoking romantic visions of student accountabily.

“Arne Duncan is a visionary leader and fellow reformer [emphasis mine] who cares deeply about students.” (Margaret Spellings — 12/16/08)

Apparently, “change you can believe in” stops at the school metal detector.

The mainstream media covers education issues as if they were writing for Pravda. Today’s news accounts of the Duncan nomination were stenography with no questions asked or facts checked. It’s not difficult to find examples of Duncan’s creative interpretation of data or how he is a political appointee of the Daley machine in Chicago.

Obama was never asked to define school reform or explain why he relied on questionable standardized test score gains to justify nominating Duncan, the Harriet Miers of his administration.

Across the political spectrum, the mainstream media sleepwalks through any education news. NPR reported, “He’s focused on improving struggling schools, closing those that fail and getting better teachers,” without providing any supporting evidence while Fox News praised Duncan as a “Bona Fide Reformer.” The media repeats how Duncan closed and then reopened schools like he turned water into wine.

The “Chicago Miracle” may prove no better than the fraudulent “Houston Miracle” on which NCLB and the six billion dollar Reading First boondoggle were based. Arne Duncan is no better qualified to be Secretary of Education than Coach Rod Paige.

I hope that the national press will look a little bit deeper into the Chicago miracle, and take a moment to ponder why the folks they’re quoting are saying such nice things about him. No one’s looked at Chicago’s lame NAEP scores or anemic charter program. Most of the folks who are gushing about him don’t really know him (or Chicago) that well, or hope to work for him in the near future, or are approving of him because they think that they can beat him in DC.

Veteran Chicago educator and journalist, George Schmidt responded to the oft-repeated claim that American Federation of Teachers Randi Weingarten “has a good relationship with Duncan.”

It figures they would be scratching each others’ backs.

Journalists have an obligation to ask Obama where he stands on private school vouchers since he raised the issue today.

For years, we have talked our education problems to death in Washington, but failed to act, stuck in the same tired debates that have stymied our progress and left schools and parents to fend for themselves: Democrat versus Republican; vouchers versus the status quo… (Barack Obama — 12/16/08)

The President-elect also needs to clarify his stance on unions since 1) the teacher unions supported him; 2) he is a democrat; and 3) the auto “bailout” may destroy the American labor movement (and middle class) once and for all.

If Arne Duncan turns out to be the most effective Secretary of Education in history, I will be delighted to praise him.

However, Obama and his transition team have done great violence to millions of committed educators by framing the selection of Duncan as a choice between “reformers” and those who care about teachers and children. Progressive author Alfie Kohn explores this dishonest choice in a thoughtful article in The Nation, Beware of School “Reformers.” Kohn writes:

Sadly, all but one of the people reportedly being considered for Secretary of Education are reformers only in this Orwellian sense of the word. The exception is Linda Darling-Hammond, a former teacher, expert on teacher quality, and professor of education at Stanford.

President-elect Obama has remained silent as one his advisors, Dr. Darling-Hammond, a highly respected and accomplished educator was ridiculed and insulted in the media. To paraphrase former Reagan offiicial Ray Donovan, “Which office does Dr. Darling-Hammond go to get her reputation back?

If you view the world through left/right glasses, I suggest you consider the words of education historian Dr. Diane Ravitch who served in George H.W. Bush’s Department of Education and is a Fellow at the conservative Hoover Institution and Board of Trustees of the Thomas B. Fordham Foundation.

Many years ago, Linda Darling-Hammond and I were colleagues at Teachers College. We sometimes crossed swords over issues, but I always found her to be smart, thoughtful, and deeply devoted to the well-being of teachers and children. I don’t think that makes her a leader of the “status quo” crowd. I have always thought that she is above all interested in improving schools, helping teachers, and doing right by kids. What’s wrong with that?As for the new breed of superintendents who are supposedly going to “save” American education, I have a very different take on them from the editorialists. They say they are Democrats, but their policies are truly the Republican agenda. The Republican education experts and conservative think tanks have always wanted more accountability, more choice, merit pay, and a tough anti-union stance. Thus, it is one of the amusing ironies of our time that the people who now espouse this agenda call themselves “reformers” and are acclaimed as such by the national media. They are reformers indeed, but the reforms they are advocating and implementing come right out of the Republican playbook. (Diane Ravitch — 12/16/08)

School Wars – Politicians, billionaires, and mavericks all want to fix public schools. They won’t. Parents will. (from GOOD Magazine) 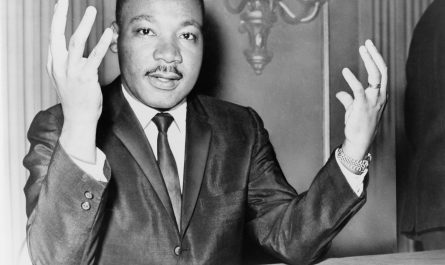 This Makes Me Smile