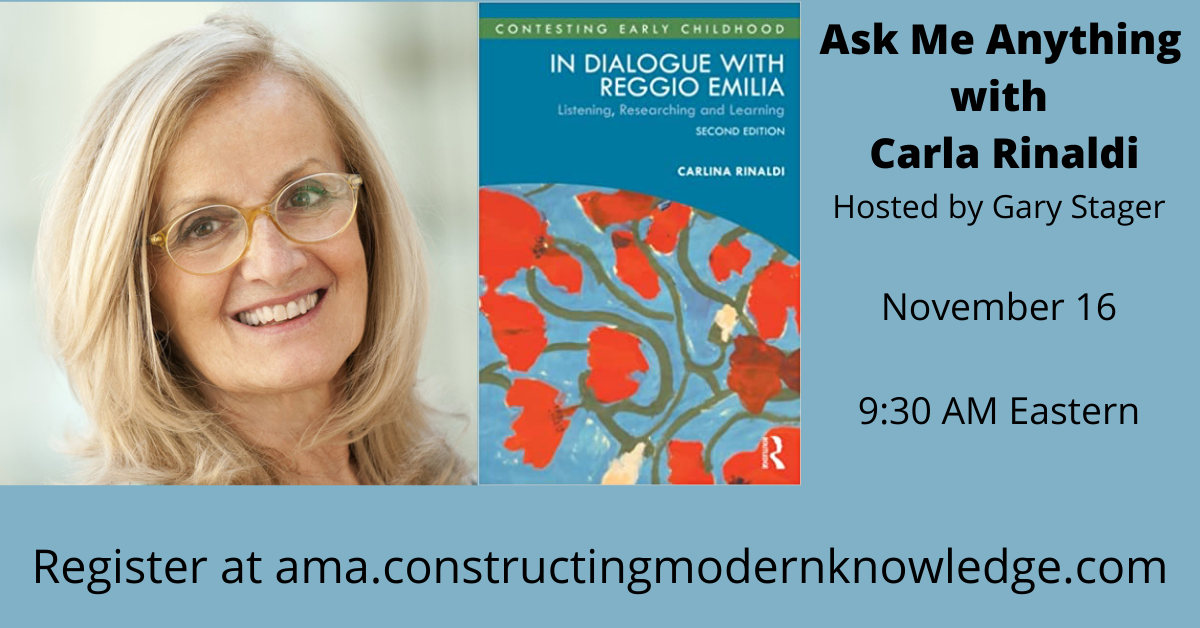 The schools of Reggio Emilia, Italy are often recognized as the best in the world. They have a six decade legacy of educational innovation and represent the gold standard for progressive education. Professor Rinaldi is extremely wise and inspirational.

Professor Carla Rinaldi is one of the world’s most profound educators and leading authorities on what has been called the best schools in the world, the municipal preschools of Reggio Emilia, Italy. Her lifetime of work with Reggio’s youngest citizens should inform all progressive school improvement efforts, as well as what has become known as the maker movement in schools.

Recipient of the 2015 LEGO Prize and Adelaide (Australia) Thinker in Residence 2012–2013, Professor Carla Rinaldi is a world leader in education for children in the early years. She has been the President of Reggio Children since 2007 and is the first President of the Reggio Children Foundation. Carla is also a Professor in the Faculty of Education at the University of Modena and Reggio Emilia.

Professor Rinaldi worked side-by-side with Loris Malaguzzi, the founder of the Reggio Emilia Approach, from 1970 until his death in 1994 in the municipal infant toddler and preschool system of Reggio Emilia, where she was the first pedagogical coordinator.Carla has been working as pedagogical/scientific consultant for Reggio Children, since 1994, following the supervision of all Reggio Children initiatives. She was responsible for research projects in collaboration with Harvard University, the University of New Hampshire and the University of Milan – Bicocca.

Professor Rinaldi has been vice-president of the Gruppo Nazionale Nidi-Infanzia (National Early Childhood Association) and has enjoyed stints as visiting Professor at the Webster University (St. Louis, Missouri) and at the Colorado University (Boulder, Colorado).

Professor Rinaldi lectures frequently on the Reggio Emilia experience, and has published many articles, chapters, and books in Italian and English. Click here to purchase her new book, In Dialogue with Reggio Emilia, from Amazon.

Note: We were prohibited from filming the visuals used during her presentation.

You may read the transcript of the talk here.

The Life, Legacy, and Powerful Ideas of Seymour Papert (video)

Stick to Our Knitting