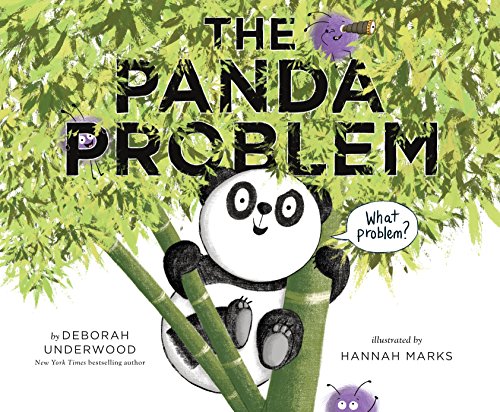 I recently got to spend a few hours at Powell’s Books in Portland, Oregon. Powell’s claims to be the world’s largest bookstore. I spent a lot of time in the children’s section and share some of my discoveries below. Sadly, the once grand education section is now small and featuring workbooks, homeschool propaganda, and E.D. Hirsch book. I suppose this emblematic of the state of education in the public’s imagination. I did manage to score a couple rare used Herbert Kohl books from the 1960s from their warehouse.

Although I perused an alarming number of terrible books for kids, the following are some of the picture book gems I scored. Since I’m not currently teaching, but do have young grandchildren, my primary focus was on picture books. You may click on them to learn more or purchase your own copy.

Scaredy Squirrel by Mélanie Watt
I can’t believe that I’m late to the Scaredy Squirrel party. This clever, colorful, and hilarious book about being overly cautious is a big hit with my grandkids and best of all, it is part of a series. There’s even a puppet and Amazon Prime TV series!

The Panda Problem by Deborah Underwood
This book would be perfect for teaching kids in grades 3-5 about storytelling and narrative structure, but my 2 and 5 year-old grandkids love it too. Highly recommended for teachers and kids alike.

The Book Hog by Greg Pizzoli
I’m a little rusty and wasn’t hip to the prolific author, Greg Pizzoli. I’ve remedied this by ordering a number of his other books based on the quality of The Book Hog. One thing I like about this book is that the main character loves everything about books and teaches himself to read.

Spencer’s New Pet by Jessie Sima
This beautiful and odd (in a good way) wordless book looks like a silent movie and will delight kids of all ages.

Five Minutes (That’s a lot of time) (No, it’s not) (Yes, it is) by Liz Garton Scanlon and Audrey Vernick
This book is a playful meditation on how time can be exhausting, tedious, short, or fleeting depending on the situation and perspective. Parents and kids alike will love this.

Field Trip to the Moon by John Hare
I’ve recommended this book before, but it’s super fun, imaginative, and has the perfect tone mixing comedy, suspense, and adventure.

The Teachers March! How Selma’s Teachers Changed History by Sandra Neil Wallace and Rich Wallace
Did you know that courageous African American teachers played an integral role in passing the Voting Rights Act? This beautiful picture book shares incredibly important facts with children about an historical event when teachers spoke truth to power, demonstrated bravery, and changed the world. Teachers could learn a great deal from this little known modern American history too. BUY THIS BOOK!

Separate is Never Equal – Sylvia Mendez and Her Family’s Fight for Desegregation by Duncan Tonatiuh
This award-winning and lovely picture book tells the story of how a third grade English-speaking American citizen was told to enroll in a segregated school for Mexican students in Southern California. She and her family sued and ended school segregation in California seven years before Brown vs. Board of Education. Bet you didn’t know this story!

Unspeakable: The Tulsa Race Massacre by Carole Boston Weatherford
This gorgeous and unsparing picture book sheds light on the Tulsa race massacre of 1921.

Wake: The Hidden History of Women-Led Slave Revolts by Rebecca Hall
This brand new graphic novel for teens and adults tells the story of the women who led US slave revolts as well as the struggle endured by the author engaged in researching and sharing this important and overlooked herstory.

Misrepresented by the NJ Star Ledger

A Milestone in the Annals of Education