Apparently, large city schools superintendent is the only job for which references are not checked.

Jean-Claude Brizard is an Eli Broad disciple whose singular genius was creating in-school suspensions where kids waste time doing nothing in school, rather than outside of school. (video news report here) That’s some reform!

Since coming to Rochester in January 2008, Brizard has pushed for his own brand of reform: instituting a contentious in-school suspension policy, and moving problematic teachers out of classrooms into what some New York City teachers call “rubber rooms.” (Rochester City Newspaper – March 17, 2010)

In February, more than 95% of Rochester teachers voted no-confidence in Brizard. Now that’s quite a recommendation and cause for a promotion!

Just like Rahm Emmanuel used the “punch a hippie” strategy while in the Obama White House, his appointment of Brizard is a form of “punch a teacher.”

In an April 19, 2011 article Chicago Tribune article “Our Kind of Guy to Lead Chicago Schools,” they write the following about Brizard.

Mike Klonsky has done some fine writing on the Brizard appointment and Rochester, NY television station WHAM 13 (ABC affiliate) reporter, Rachel Barnhart, has assembled an indispensable collection of articles about Brizard’s record in Rochester, so you may fact-check his record for yourself. It is too bad that Mayor-elect Emmanuel did not heed the advice of George W. Bush and “use the Google” before subjecting Chicago school children to Jean-Claude Brizard.

I wrote the following about Brizard in 2008 for my Good Magazine cover story, School Wars. Alas, it was cut from the article.

Where do they grow these guys?

The new Superintendent of the Rochester, NY Public Schools, Jean Claude-Brizard, has a dream. He wants to create “Dream Schools” in his urban school district. Here is how the Rochester Democrat and Chronicle News described his dream.

…the plan calls for bundling troubled schools together in a special group to be called “Dream Schools.”

Those schools would be mandated to teach a uniform curriculum, devote longer blocks of time to math and reading, offer after-school tutoring — and face closure if they fail to improve over time. Schools would be selected for the distinction based on state test scores.

“We are going to put them in a box and tell them what they need to do to get better,” Brizard said. “After intense intervention, if there is no improvement, guess what? We’ll shut them down.”

The Democrat and Chronicle news article later reports, with no sense whatsoever of irony of contradiction that new Superintendent Brizard’s plan, “would both strengthen and relax centralized control of schools.”

Right, you have all the freedom you want at the local school-level to treat teachers like robots and teach a standardized curriculum!

A few weeks later, Superintendent Brizard announced his plan to spend $1.2 million to save the Reading First program in Rochester. The announcement was made the very same week that the US Government declared that Reading First didn’t teach children to read.

As I read the news I could not help wondering to myself, “Where do they grow people who think like that?” The answer is simple. You learn that ideology trumps even common sense at the Broad Academy, an intensive program in which future school leaders are trained to think like their mentor Eli Broad.

In September 2008, District Administration Magazine published an article I wrote in which I explored how Jean-Claude Brizard appeared reality-impaired and driven by ideology. The text of that article follows:

The ongoing battle between facts and mythology

It has long been accepted that good teaching requires a mixture of art and science. Outstanding teachers possess a solid knowledge of learning theory, human development. That content knowledge is brought to life by personal gifts, creativity and craft. Sadly, education news stories suffer from a lack of critical analysis or follow-up questions and educators too often justify questionable practices on the basis of personal beliefs, even when such beliefs are contradicted by evidence.

There is perhaps no greater educational battleground in the fight between ideology and fact than reading instruction. In fact, No Child Left Behind went to great lengths to redefine “science” when it insisted that every classroom practice adhere to “scientifically-based research” to the exclusion of evidence that interfered with their belief system. The underlying assumption of NCLB’s Reading First program was that every child learns to read through a program of “highly structured, systematic sequential explicit phonics instruction.” Research and common sense challenges that belief system.

First of all, not everyone learns everything the same way. Second, if the only way to learn to read is this form of alphabet sound connection, how does one explain the billions of people who read languages such as Chinese or Hebrew that don’t have such written language systems? How do deaf people read?

The Department of Education’s May 2008 report on the efficacy of Reading First concluded, “Reading First did not improve students’ reading comprehension.” Wow! That’s fairly unambiguous. The creators, funders and enforcers of a national reading initiative announced that it did not work. Surely, a reading method that failed to improve comprehension would be tossed on the dustbin of history, right? Not so fast.

Let the spinning begin. “On the plus side, researchers found that Reading First teachers spent more time emphasizing phonics and other aspects of what many experts consider solid instruction — about 10 minutes more a day, or nearly an hour more a week. “Teachers’ behavior was changed,” Institute of Education Sciences Director Whitehurst says.

Fantastic! Teachers are spending more time doing what doesn’t work. Just as the program was declared ineffective and long since its corruption was made public, Rochester, NY Schools Superintendent Jean Claude-Brizard, proposed to spend $1.2 million dollars of local funds to “save” Reading First in his district. Truth makes some educators emotional. The Arizona Republic recently wrote about educators who “mourn” the passing of Reading First. Barbara Wright of the Casa Grande Elementary District told the paper, “This was good, solid, research-based information, and we implemented it in all our schools at the time, even though only two schools were funded.” She said that despite the probable death of the ineffective program that it will “continue to guide the district’s reading program.” I’m sorry, you should not be allowed to claim something is solid or research-based when it has been proven ineffective. Such claims are not scientific. They are religious.

In the April 2008 issue of District Administration, Long Beach California Superintendent, Christopher Steinhauser, proudly boasts of his use of grade retention. The Broad Foundation even rewarded him for it. Like Mayor Michael Bloomberg and Governor Jeb Bush, Steinhauser embraces making students repeat a grade as an effective policy tool in the face of an overwhelming mountain of evidence that it does more harm than good.

Other professions have a term for when you put your personal belief ahead of facts – malpractice.

Senators Daniel Patrick Moynihan and Joe Biden have often said, “You are entitled to your own opinion, but you are not entitled to your own facts.” This is excellent advice for educators who continue to eliminate recess, impose zero tolerance policies, cut arts programs, maintain agrarian school starting times, “teach algebra” at younger and younger grades and spend months each year testing or preparing students to take high-stakes tests. Conventional wisdom too often goes unchallenged and ineffective practices become myths. These practices are justified by personal beliefs.

The great philosopher Stevie Wonder reminds us, “When you believe in things that you don’t understand, then you suffer. Superstition ain’t the way.” In education, adult superstitions cause children to suffer.

Published originally in the September 2008 issue of District Administration Magazine.

Gary S. Stager is Senior Editor of District Administration and Editor of The Pulse: Education’s Place for Debate. 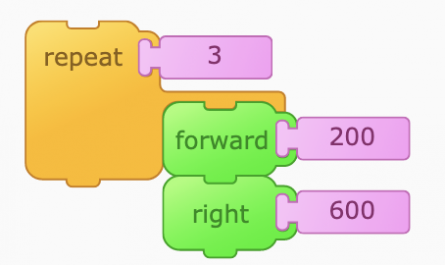 That’s a Fine Way to Draw a Triangle

3 thoughts on “In Education, Nothing Succeeds Quite Like Failure”