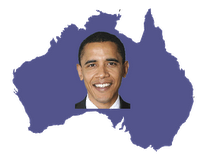 One year ago, Australian voters returned the Labour Party to federal prominence after nearly eleven years of leadership by John Howard, George W. Bush’s “Mini Me.”

That should be good news to a proud liberal like myself, right? Well, not so fast. While the new Prime Minister Kevin Rudd speaks fluent Mandarin and may be a terrific Prime Minister, his education policies are as profoundly stupid as those many rank-and-file conservatives.

This should come as no surprise since politicians drop 100 IQ points when discussing matters of education. If you need any evidence, remember that No Child Left Behind was co-sponsored by Senator Ted Kennedy and Congressman George Miller who hold onto the worst educational policy in history with two clenched fists.

Australia’s Deputy Prime Minister Julia Gillard is youthful, articulate, capable and dangerously stupendously ignorant on education matters – a deadly reality for Australian children since she is also the Federal Minister for Education. Although she has proposed more than a billion dollars in what could lead to a laptop for every Australian student, the plan is so ill-advised and ham-fisted that not even the Aussie edtech community trusts it. Since Australia invented 1:1 computing in schools, it would be nice if Deputy Prime Minister Gillard took some time to be advised by my colleagues with twenty years of classroom-based 1:1 expertise.

The Rudd/Gillard Government are also pushing national curriculum, school report cards and decidedly anti-teacher union policies for a Labour party. They may accomplish what their conservative political opponents never dreamed of.

The lesson of Australia’s recent election is that good liberals can be as wrong on education as conservatives. I recently wrote about my concerns regarding President-Elect Obama’s education plan in Why I’m Scared to Death About Obama’s Education Policies.

Below is an article I hoped would be published by an Australian newspaper. It was inspired by the Australian government inviting New York City Schools Chancellor Joel Klein to tour Australia as an educational savant. I was horrified that one of the worst, most divisive and least qualified education leaders in American history would be embraced by another nation I adore. This is doubly horrifying since Mr. Klein is often mentioned as a potential Secretary of Education in an Obama Administrator.

Read my article, recently published in the Australian political blog, Crikey, below and please share your thoughts in this blog’s comments.

Nothing Good Can Come of Chancellor Klein’s Visit
As an American teacher educator and consultant I have enjoyed the great privilege of working with dozens of Australian schools and thousands of teachers over the past eighteen years. My work has taken me from the most-troubled to the most affluent schools across your nation. The world is indebted to Australian educators for their innovations in primary education, literacy development and 1-to-1 computing.

Therefore, it is from a position of expertise and vast experience that I question this month’s tour of Australia by New York City Schools Chancellor Joel Klein. Had Deputy Prime Minister Gillard not invited Chancellor Klein to “share his reform experience,” I might have suggested he visit Australia to learn a thing or two about education. His seven years in New York City have failed to demonstrate even a rudimentary understanding of teaching, learning or leadership. There is not a sliver of difference between Chancellor Klein’s education policies and those of George W. Bush. In fact, you might call Klein, the “Donald Rumsfeld of education.”

Mr. Klein is not the first ideologue with no education qualifications and simplistic get-tough theories to be put in-charge of a large American school district. He may just be the worst. Upon being named Schools Chancellor by the billionaire mayor of NY, Michael Bloomberg, the duo’s first order of business was to suspend democracy and eliminate elected school boards, as well as parental involvement across the city. Now accountable to nobody, but his mayoral benefactor, Klein changed the district’s organisational structure so many times that chaos ensued. Klein spent millions on public relations, British examiners and smearing critics while cutting services to students. Class sizes are up. Morale is down.

Anyone with access to Google could easily learn that Klein’s claims of miraculous test score increases have been discredited by experts across the political spectrum. This is particularly tragic since under his leadership, NY City schools have been turned into Dickensian sweatshops where frightened administrators browbeat otherwise creative teachers into following scripted curricula in order to increase student test scores. Klein’s heralded school report system with which he seeks to shame schools into increasing test scores have proven invalid as schools nationally recognized for excellence have earned low marks.

Klein takes pride in the retention of students while research demonstrates that holding children back does not lead them to catch-up, but does increase dramatically their probability of dropping out . He unilaterally banned cell phones from schools over the safety objections of parents and then proposed a scheme in which students would be awarded cell phones for improved performance. In some neighbourhoods, corner milk bars charge poor students $3 per day to store their phones on the way to school. He extended the school day by thirty-seven and a half minutes each day and killed off extracurricular activities in the process.

Recently, the New York City Council held its first oversight hearing of the school district in five years. When one Councilman compared Klein’s leadership to Marshall Law that has kept parents severed from the educational process, the combative Chancellor served up a scrumptious Orwellian confection. Klein offered a faux mea culpa and apologized for not acting quickly enough to follow-up on the millions he spent to hire “parent coordinators” in each school and admitted that he had waited too long to create the post of a “chief family engagement officer.” Klein’s administration is full of similarly hilarious job titles.

Klein is considered a tyrant, bully and worse by teachers in his schools who indicated that 82% believed he had little confidence in his teacher’s expertise while 85% believed that the emphasis on standardized testing has failed to improve schools. His tenure has been marked by a constant attack on tenure, teacher rights and unionization. Klein has not resisted an opportunity to engage in union busting, intimidation or teacher bashing.

Klein may be best remembered for the sordid period of the “rubber rooms.” I am the last person to defend incompetence or malfeasance on the part of teachers. Any teacher accused of crimes or infractions should be removed from the classroom and be afforded due process in a swift and deliberate fashion. Despite his prosecutorial experience Klein has failed to remove “bad teachers” from the system while violating the civil liberties of countless others who may be wrongly accused.

Run afoul of Klein or his enforcers and you may find yourself with the more than seven hundred teachers assigned to what are known as “rubber rooms” across the city. Rather than engage in the process of firing accused teachers or putting them on leave, Klein prefers to humiliate and punish them before any guilt has been proven. These 700+ teachers must report to a “teacher reassignment center” where they stare at a clock all day, five days a week. If this were not sufficiently Kafkaesque, Klein employs psychologists who use dubious assessments to determine fitness to teach. It doesn’t matter that the 7th Federal Circuit Court of Appeals deemed such quackery illegal, get a memo to visit the good doctor and your next stop is the “rubber room”. A veteran educator named “Teacher of the Year” by Mayor Giuliani has spent close to five years in a “rubber room.”

Why is a foreign bank, UBS, sponsoring Klein’s visit, especially during a time of global financial collapse? Surely there are ethical concerns in both the United States and Australia regarding such a gratuity to a public official.

How expensive could this trip be? A Qantas Boomerang Pass costs approximately $2,000 and would allow Klein to visit several cities. Then he could stay in the homes of educators like so many Americans who visit Australian schools. Better yet, he could spend some his personal millions for a proper Aussie holiday, one that won’t destroy the educational future of Australian children.

Gary S. Stager, Ph.D. is an educational consultant, journalist and Visiting Professor of Education at Pepperdine University. He earned his Ph.D. from The University of Melbourne. The views expressed in this letter are his own.

Help! I don’t know how to blog!

The Wisdom of Crowds or Chaos Theory?

2 thoughts on “Why Australia Worries Me About Barack Obama”