Before accepting over-testing as inevitable, try debating the issue with parents and students

Our schools are in the midst of a mass panic not seen since the swine flu epidemic–standardized testing. We are swept up in a wave of “the tests are important,” “parents demand accountability,” and “they make us do it.” This uncritical groupthink will destroy public education unless we wake up, form alliances and tell the public the truth.

Democrats and Republicans alike caught a bad case of testing fever and voted overwhelmingly for No Child Left Behind, perhaps the greatest intrusion of the federal government into local education in history. NCLB will compel states to test their students every year from grades 2-12 in order to rank schools and shut many of them down. Our Proctor-in-Chief, George W. Bush, is extending the joys of standardized testing into Head Start.

Since many administrators and school board members have no idea how many standardized tests they need to administer, NCLB will undoubtedly add additional tests and draconian consequences to a school year already diminished by weeks of testing and test preparation.

Without so much as a public debate on what we would want for our schools, testing mania has been allowed to spread like a plague on our educational process. If some testing is good, more is better. If the youngest students can’t yet hold a pencil or read, of course they can bubble-in answers to math problems for several hours at a time. Head Start should be a reading program. You got a problem with three-year-olds reading? Why then, you must suffer from “the bigotry of low expectations.” The end of recess does not affect obesity. Replacing art and music with scripted curricula won’t lead to increased school violence or discipline problems. Down is up, black is white.

Education Week’s annual report “Technology Counts,” states an alarming trend–schools are not spending enough money on using computers for the purposes of standardized testing! Apparently, the years I’ve spent helping schools use computers to enhance learning have been wasted. It never occurred to me that computers should be used to replace #2 pencils and scan sheets. Tech-based testing reminds me of the old Gaines Burger commercial that asked, “Is your dog getting enough cheese?”

The Education Week “research” is replete with charts and graphs designed to whip child-centered educators into line. EdWeek loves winners and losers nearly as much as the testing industry. Coincidentally, a giant publisher of standardized tests, textbooks and test preparation systems, funded their “study.”

In such a climate of confusion and hysteria, educators feel powerless. Parents trust that you will do the right thing. Misconceptions about high-stakes testing are amplified by an unwillingness to engage the community in conversation. 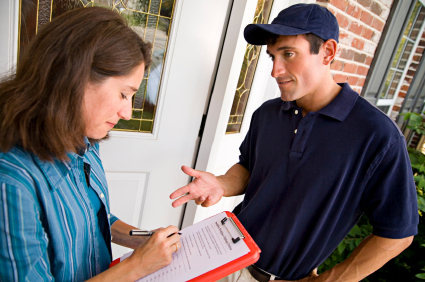 Inspired by Juanita Doyon’s terrific new book, Not With Our Kids You Don’t: Ten Strategies to Save Our Schools, and a desire to show my kids that you can make a difference, I decided to try my hand at activism.

I designed a flier answering some of the myths about standardized testing and telling parents that California state law allows them to exempt their child from the STAR tests. Two days before testing was to begin I stood in front of my daughter’s high school and passed out 150 fliers in about 10 minutes. I felt a bit creepy, but the kids told me that I was cool (a first).

I have since learned that 46 students opted out of the tests. That’s a one-third hit-rate. Not since the Pet Rock has a marketing effort been so successful with so little effort Think about it–a kid had to take a piece of paper from a stranger, bring it home, convince his parents to write a letter disobeying the wishes of the school and bring the letter back to school the next day. Perhaps the public isn’t as hungry for increased accountability as we have been led to believe?

One parent said she didn’t know her tax money was spent on standardized testing. Can you imagine the public being less engaged in a matter so important?

It is incumbent upon each of us to tell parents what we know and engage the community in serious discussions about schooling. We may find that we have many more allies than there are politicians telling us what’s best for kids.

Here is a collection of resources related to testing resistance