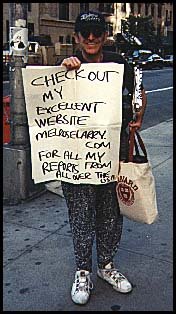 Elections are a crazy affair in the people’s Republic of California where republican democracy has been nearing extinction ever since Proposition 13 was passed in 1977 ensuring that no matter the needs of your neighbor, you will never be asked to reach into your pocket again. It’s great to be an educator in a state where the populace has had its most selfish inclinations codified in law.

Voters here in California are besieged by initiatives and referenda since any kook with a clipboard and a willingness to collect signatures outside of the Supercuts can attempt to circumvent the legislature and write new laws. Why elect senators, assembly members or a Governor when Melrose Larry can write laws, even if they will be challenged in court for decades only to be ruled unconstitutional.

In addition to state wide initiatives, there are all sorts of local ones too. That’s why the the California Voter Guide is larger, more confusing and less yummy than a menu from the Cheesecake Factory. At least at the Cheesecake Factory you don’t tell the waiter, “No, I don’t want the Tex-Mex Eggrolls,” when you do want this multicultural taste sensation. A “yes” vote often means, “no,” and a “no” vote may mean, “Yes, I would love an order of fried macaroni and cheese.”

So, on the November 4th Californians will face a number of confusing ballot initiatives heavily funded with special interest money.

Proposition 2 is designed to “fight animal cruelty” by requiring more room for chickens and pigs to move within their enclosures. It turns out that this issue isn’t as clear cut as you might think. (arguments against may be found here)

On the very same ballot is Proposition 8. This proposition, referred to by its proponents as “protection of marriage,” is intended to outlaw same-sex marriage in California. A year or so ago, the Supreme Court of California found that it was unconstitutional to deprive gay couples of the same rights afforded heterosexual couples. This has no cost to taxpayers and has not caused the earth to stop spinning.

In fact, much of the Yes on 8 campaign (complete with their Obama-like web site), has reduced its argument to a hysterical concern for “our children.” In the twisted world of these mean-spirited bigots, children are threatened by knowledge that gay people exist. Many of the commercials obsess over the possibility that teachers will read fairy tales about boys kissing – ironic since in non-election years, many of the same people attempt to ban fairy tales entirely because they feature fantasy and magic. Besides, California’s reactionary curriculum and the Federal No Child Left Behind Act killed any interest in reading long ago.

Governor Schwarzenegger, Attorney General Jerry Brown, Senator Boxer, Senator Feinstein, Senator Biden and Barack Obama oppose Proposition 8. If passed, and I fear it may (for the children – wahhh), the act will be challenged in court for many years and inflict unnecessary hardship on Americans who wish to quietly enjoy their lives as fully-enfranchised citizens.

When you vote, appeal to your better angels. Vote for hope and change, not discrimination.

Vote NO on Proposition 8!

One thought on “Dignity for Chickens, Yes! Humans? Not so much!”