I have long been fascinated by experts, expertise and the commonalities between them. I have learned much about learning by being in the presence of people who are great at what they do. In fact, I believe that reality TV is a manifestation for our basic human desire to engage in apprenticeship experiences. 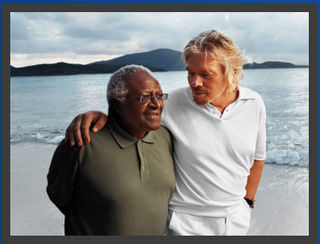 The Sundance Channel just started broadcasting its fourth season of Iconoclasts. In the series, extraordinary people are paired to interact informally and we get to eavesdrop on the result for an hour. Clips from all four seasons may be watching online at http://www.sundancechannel.com/iconoclasts.
This season pairs people like Archbishop Demond Tutu and Sir Richard Branson; Clive Davis and Bill Maher; Tony Hawk and Jon Favreau.
iTunes offers Season 2 of Iconoclasts , including six pairings like Dave Chapelle and Maya Angelou; Dean Kamen and Isabella Rosellini, etc… for $9.99 or as individual episodes for $1.99 each.
I hope other seasons will be available on iTunes or DVD sooner rather than later.

Author of “Lies My Teacher Told Me” Joins CMK 2010 Faculty!