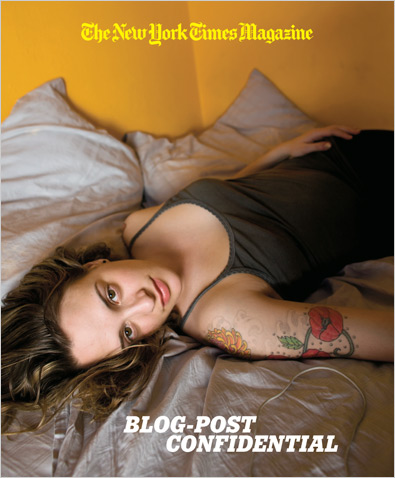 Putting blogger, Emily Gould, on the cover of last Sunday’s New York Times Magazine set off a firestorm among the chattering classes of traditional media and the blogosphere.

The Los Angeles Times discusses the controversy and whether Ms. Gould’s blog-fueled fame/exhibitionism is worthy of such prized New York Times real estate.

Marcia Meier, director of the Santa Barbara Writer’s Conference, writes in the Huffington Post, “At Least She’s Writing…” in an article that makes arguments Will Richardson might share.

My new DA column is online

The Article I Wish I had Written – 1

Like the Three Stooges, but with Members of Congress