The political conventions are like a four-day Superbowl for me. I can’t get enough. I am however concerned about the stagecraft and the political calculus that requires the Obama campaign to distance themselves from the proud traditions of the Democratic Party

President Carter, one of two living Democratic Presidents, was met with thunderous applause as he and Mrs. Carter walked across the convention stage, waved and then fled. That’s right a former President and Nobel Prize Winner was used as a prop and then made to disappear. The in-house band should have played Ray Stevens’ 70s classic, The Streak during his minute in the spotlight.

What was the Obama campaign afraid of? Were they afraid President Carter would call for peace, not war? Were they concerned that he would call for economic justice, racial equality, disease eradication, civil rights, human rights or an end to torture?

Soon after President Carter was whisked off to an undisclosed secure location, Congressman Jesse Jackson, Jr. took the stage.

He got to speak as a reward for throwing his father, Jesse Jackson, Sr. under the bus. How shameful it was when he publicly chastised his father for personal political gain. Congressman Jackson invoked the bloody battle for voting rights in Selma, Alabama and the heroic leadership of Dr. Martin Luther King, Jr. while expecting the audience to forget that his father worked tirelessly and risked his life for decades in order to help America “rise up and live out the true meaning of its creed: ‘We hold these truths to be self-evident: that all men are created equal.” Reverend Jackson was in Selma and with Dr. King on that fateful balcony Jesse Jackson, Sr. endorsed Barack Obama for President nearly two years ago. The reward for his loyalty is that neither he, Congressman Charles Rangel or Congressman John Lewis were invited to speak at the Democratic National Convention. 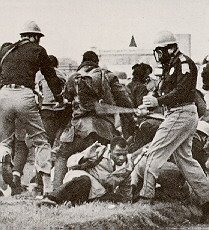 In fact, Senator Obama can’t seem to be photographed in the same room with the civil rights leaders on whose shoulders he stands. Without the heroism and sacrifice of this greatest generation, Obama’s presidential nomination would have been impossible. Without Jesse Jackson’s historic presidential campaigns and the millions of new voters he registered, Barack Obama would not be a viable nominee.

While the Obama campaign pretends that racism is a prehistoric memory, they cannot be associated with leading African American leaders who risked life and limb to make racial equality possible.

It’s all very sad. This denial of history, elders and expertise is reminiscent of the edublogosphere and so much of our culture where youth and immediacy are over-valued. 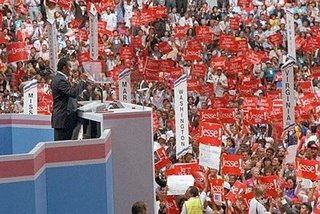 I have contributed to the Obama campaign and I will vote for him in November. However, I won’t be half as proud as when I puled the lever for Jesse Jackson, Sr. in 1984 – the first time I was old enough to vote in a presidential primary election. 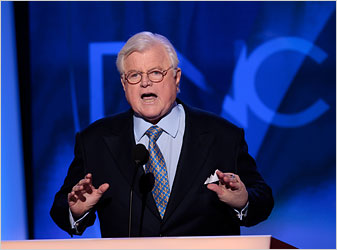 At least Ted Kennedy got the attention and respect he deserves. It was glorious to see the enormous smile on Senator Biden’s face as Senator Kennedy spoke and delighted the delegates in the arena.

One Minute of Nonsense by Ken Goodman (2007)

Another Conservative Concerned about Palin

Why Should I Work for You?

6 thoughts on “Shameful Disrespect for History and Elders”